Warning: "continue" targeting switch is equivalent to "break". Did you mean to use "continue 2"? in /homepages/26/d516051284/htdocs/wordpress/wp-content/plugins/qtranslate-x/qtranslate_frontend.php on line 497
 6x6x6 Pavilion | LANZA Atelier 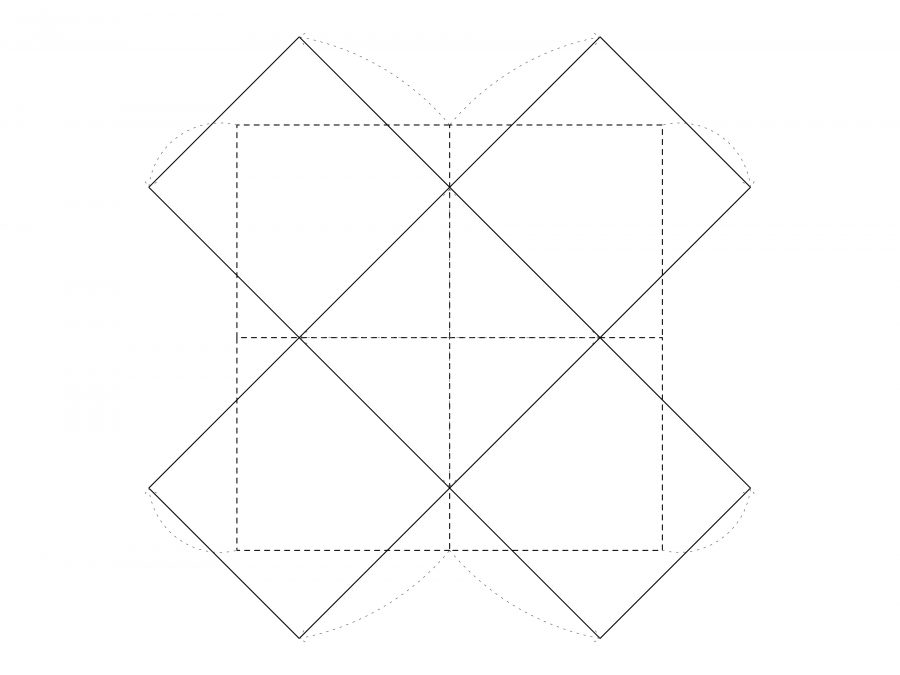 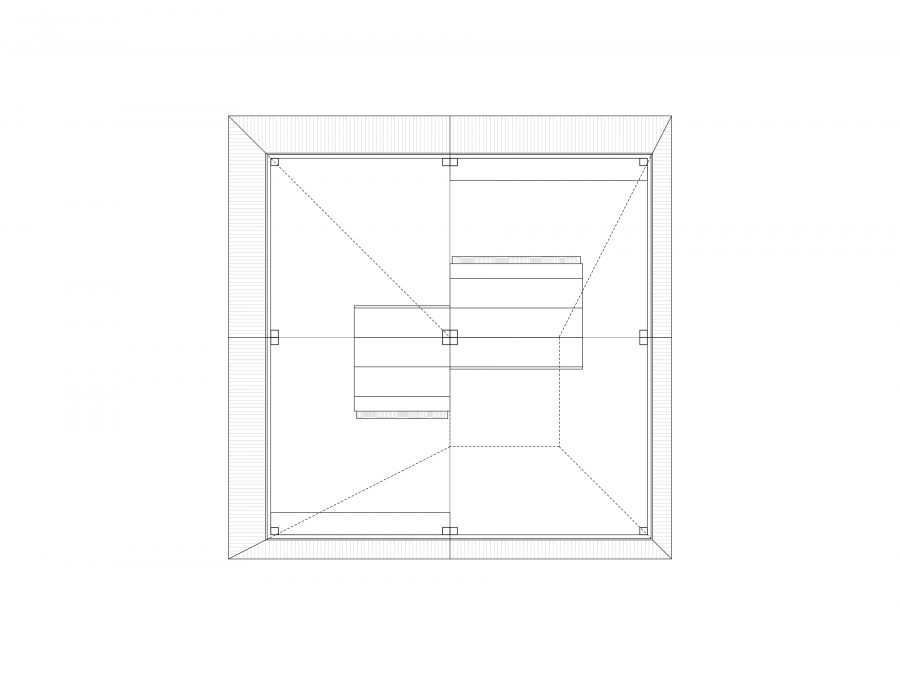 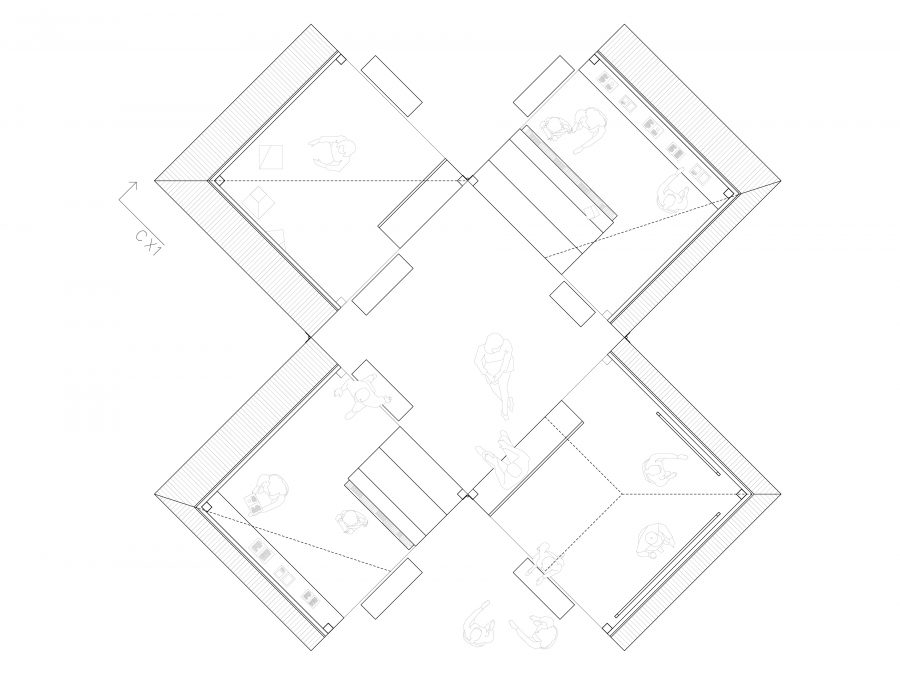 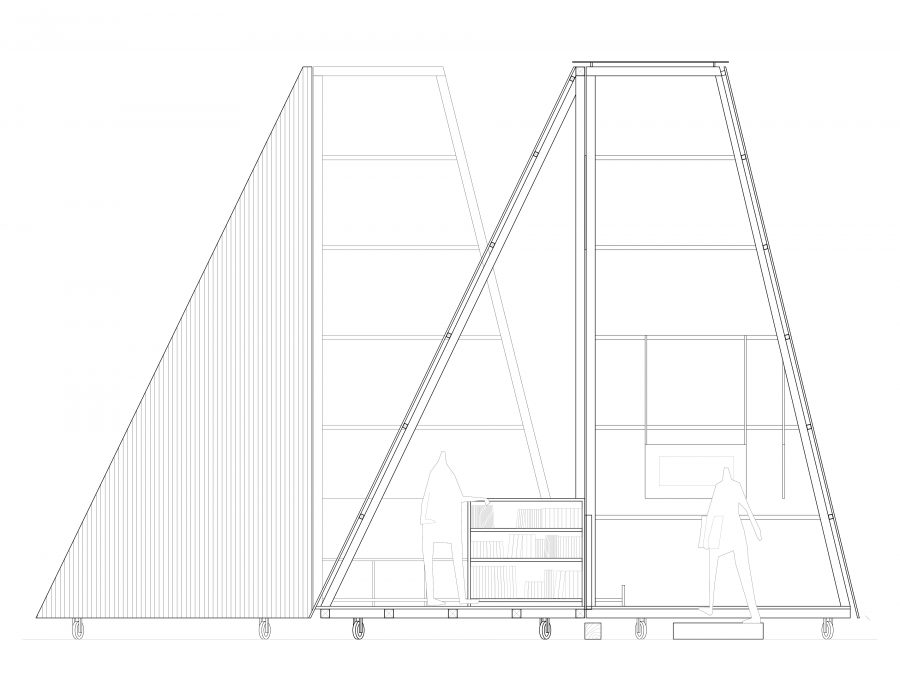 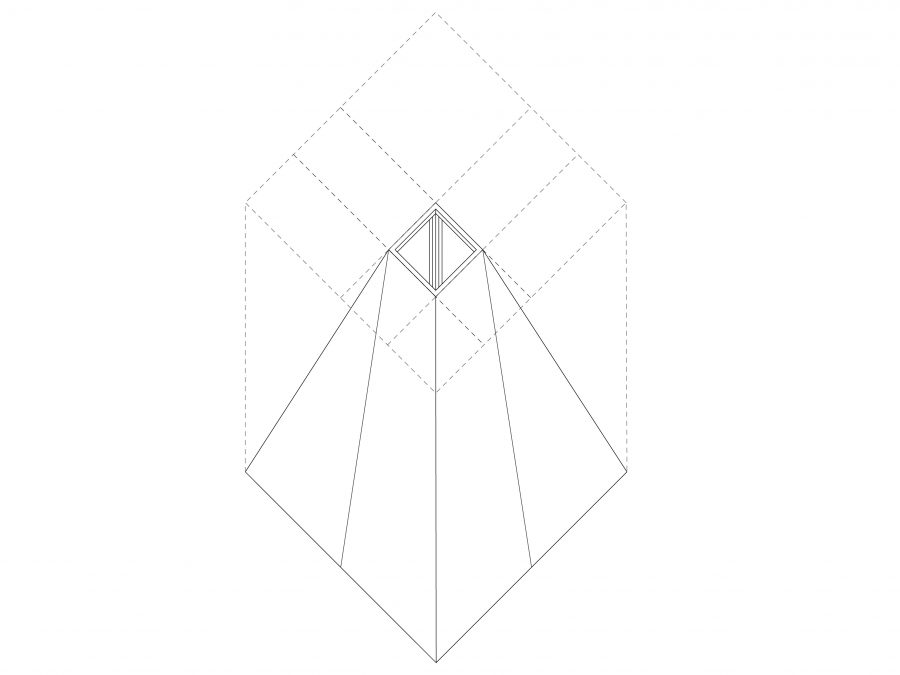 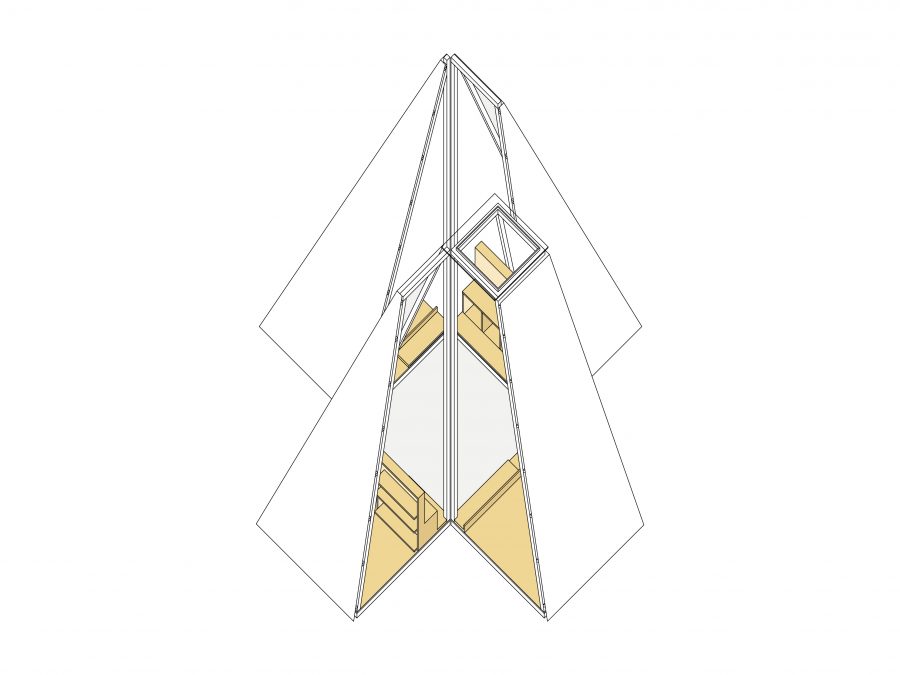 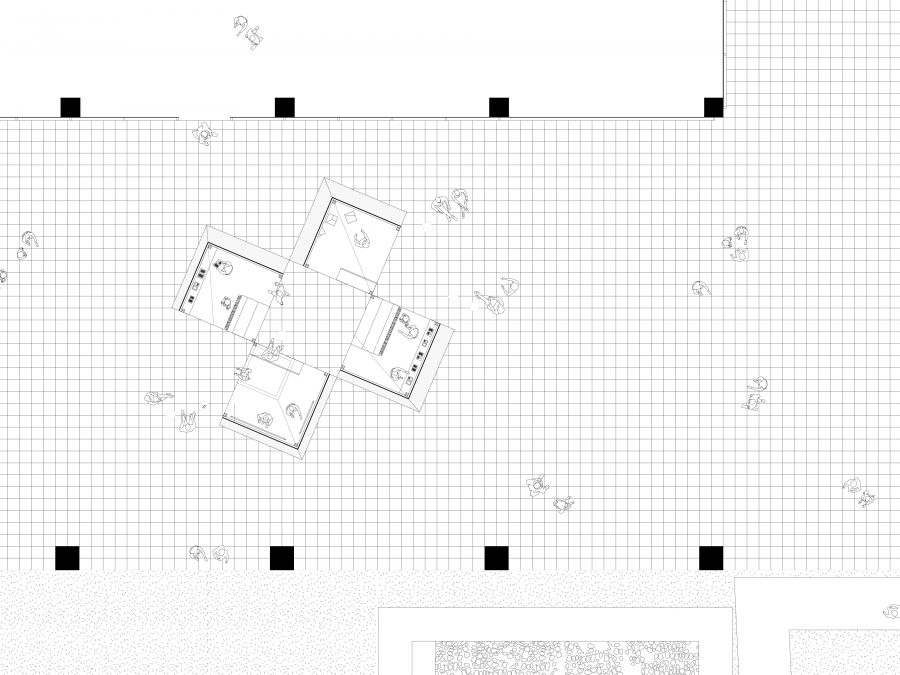 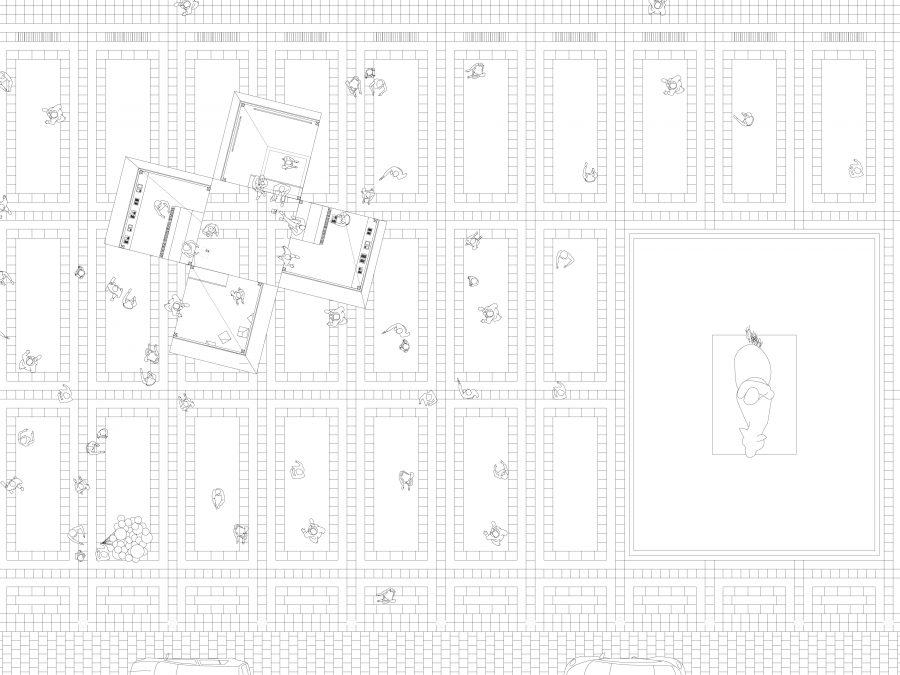 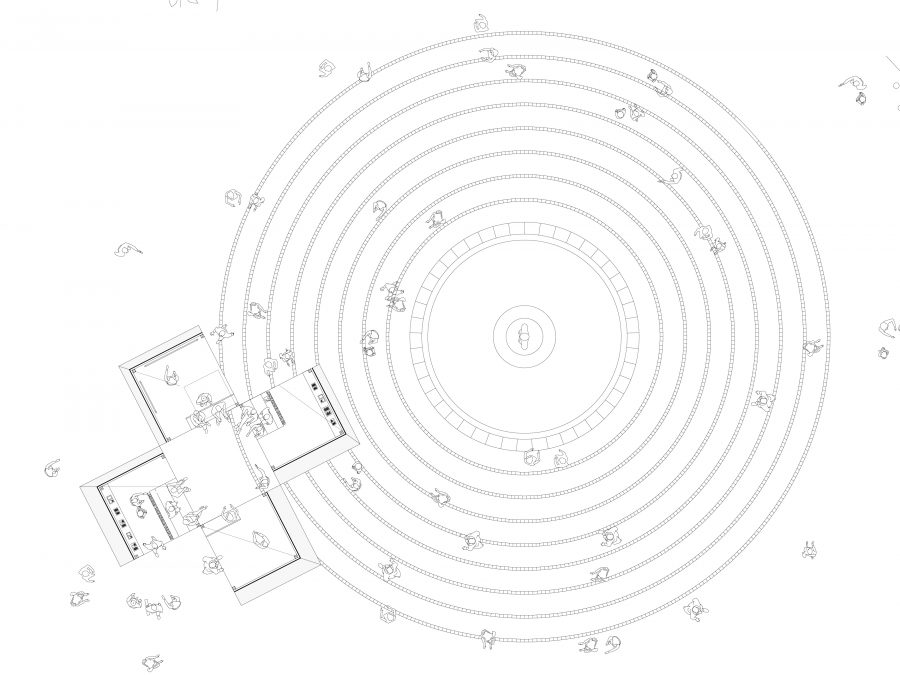 Almost a century ago, two surgeons operated on the cataracts of a child blind from birth, according to Arthur Zajonc, restoring his sight. The patient could see, but he said he could not make anything out. Without the inner light of a shaping imagination, his gaze, now active, remained blind. Something similar happens when architecture acts in a hermetic way before the eyes of the uninitiated; architecture then refers to the emblematic “black box” formulated by Reyner Banham.
Our proposal for the Mextrópoli Pavilion opens to the public, stripping its spatial organization and its constructive geometry with a vocation of transparency. The project plays with the key factor of time, evolving in an urban sense whether activated or not. A minimum floor space with a generous height, it responds as a solid landmark, as an abstract figure in whatever context.
We propose a unitary space that is (de)composed of 4 interdependent pieces. The shape is a truncated pyramidal prism with a squared base, inscribed in a 6x6x6 meter cube. When the pavilion opens up, it creates an interior courtyard, that serves as a central forum. The four perimeter modules support the exhibition space and the library area, they also offer a series of benches that allow visitors to sit facing the patio. The closed pavilion continues to generate a program around it like a monolith. While its interior offers a more intimate atmosphere for the projection of films or for management purposes. Lastly, there is a dome that functions as a fifth façade and allows light to enter at all times.
The pavilion is endowed with four hinges, welded to the base at two ends and along the four vertical columns, which make it possible for each module to pivot around its axis. At the same time, each module has four wheels that make its movement fluid and stable. Its metallic structure can be assembled and disassembled—inspired by the constructive system of Mexican markets—while its exterior is lined with white painted sheet.
The project only happens—and doubles its area—by including public space. It emphasizes the public as a common patrimony and as a metaphor for a society we want and can achieve. 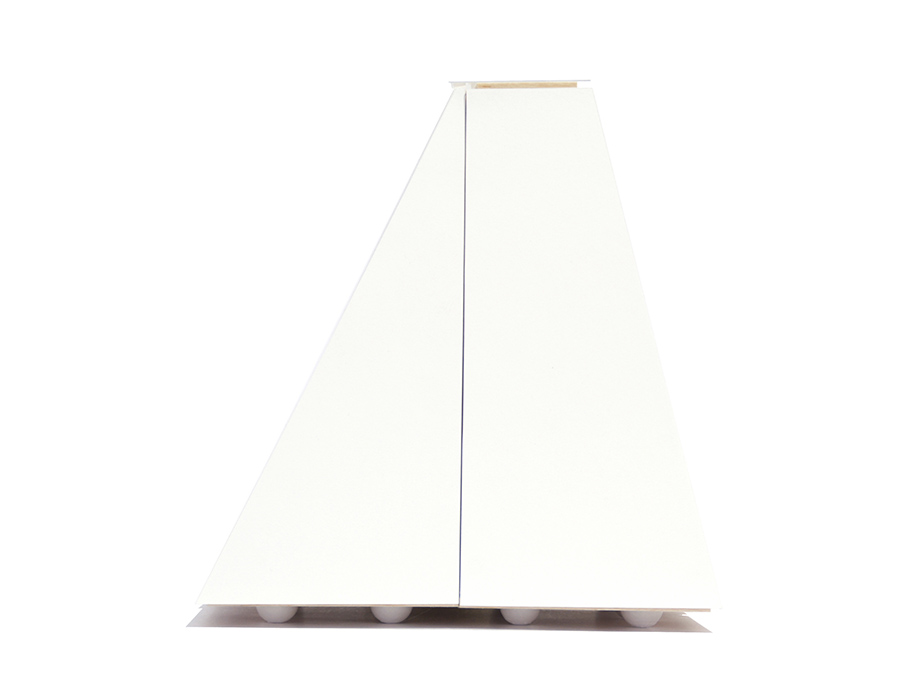 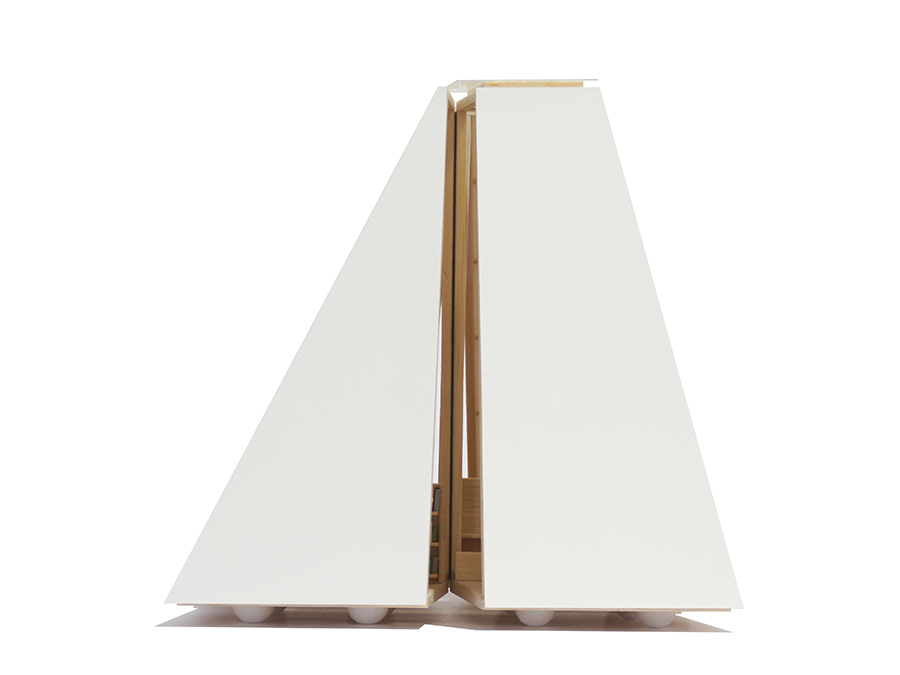 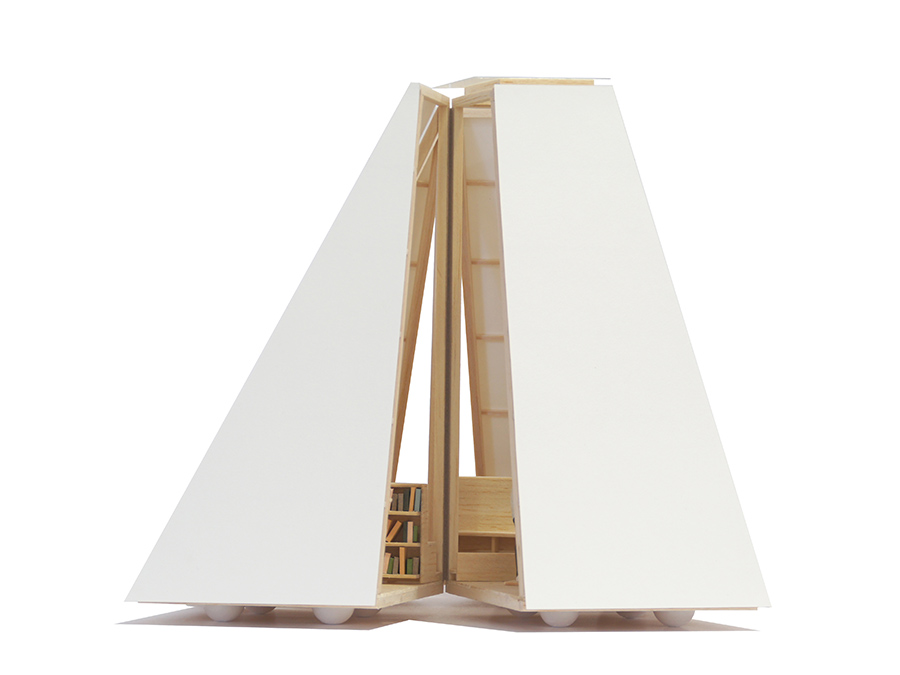 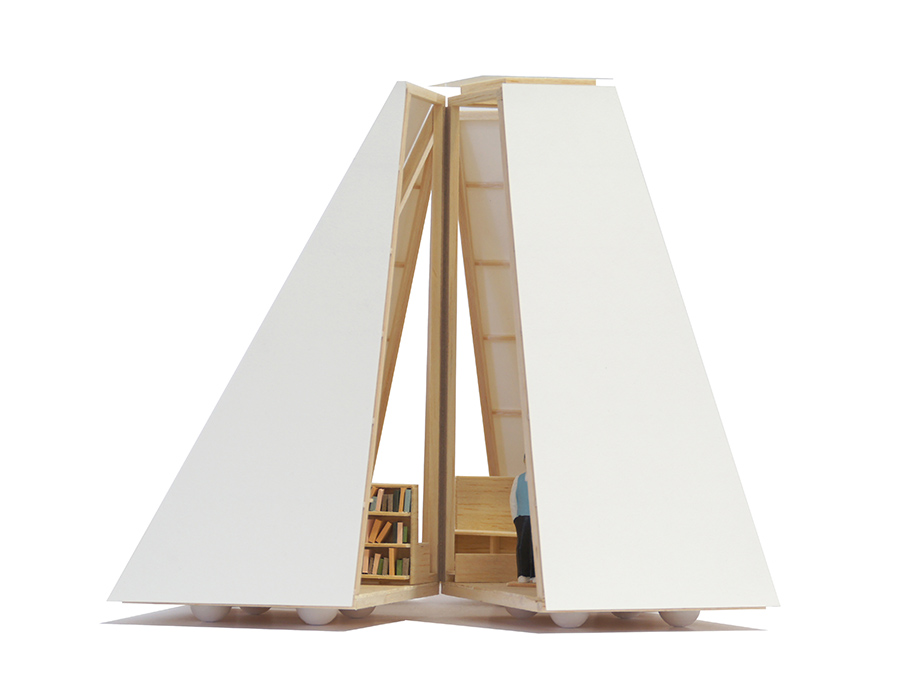 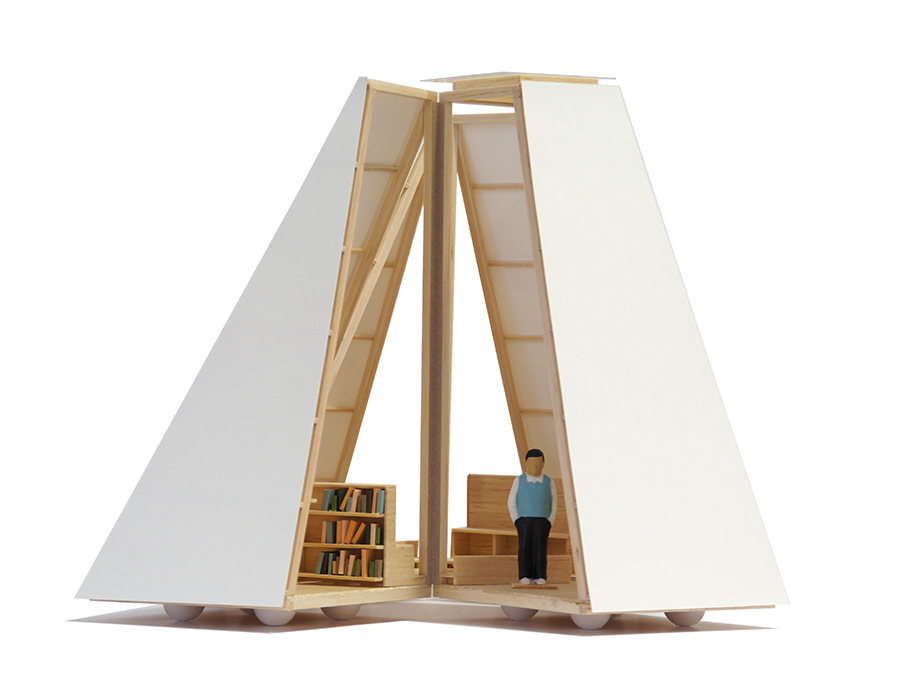 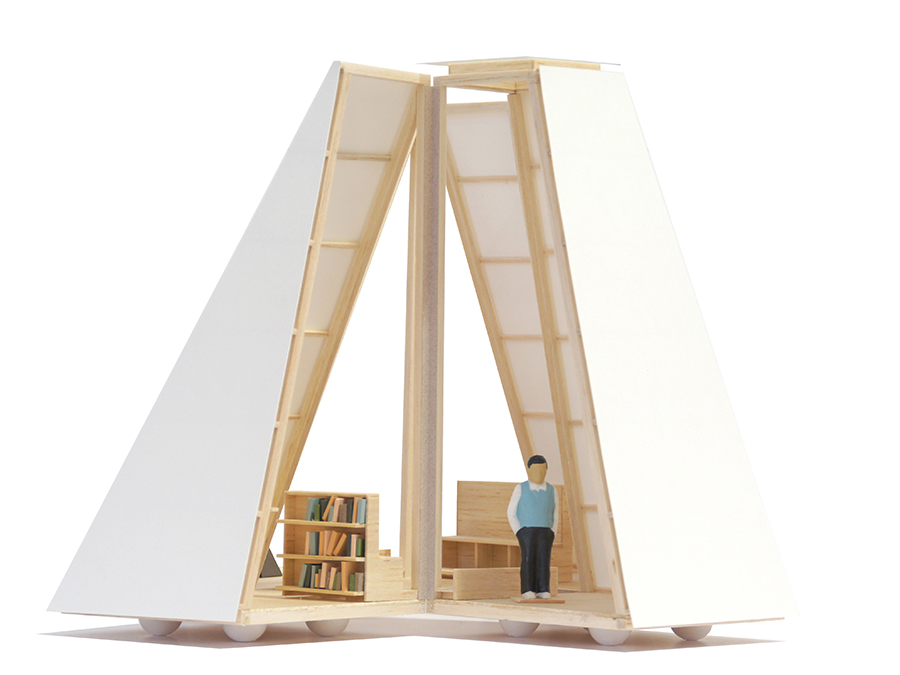 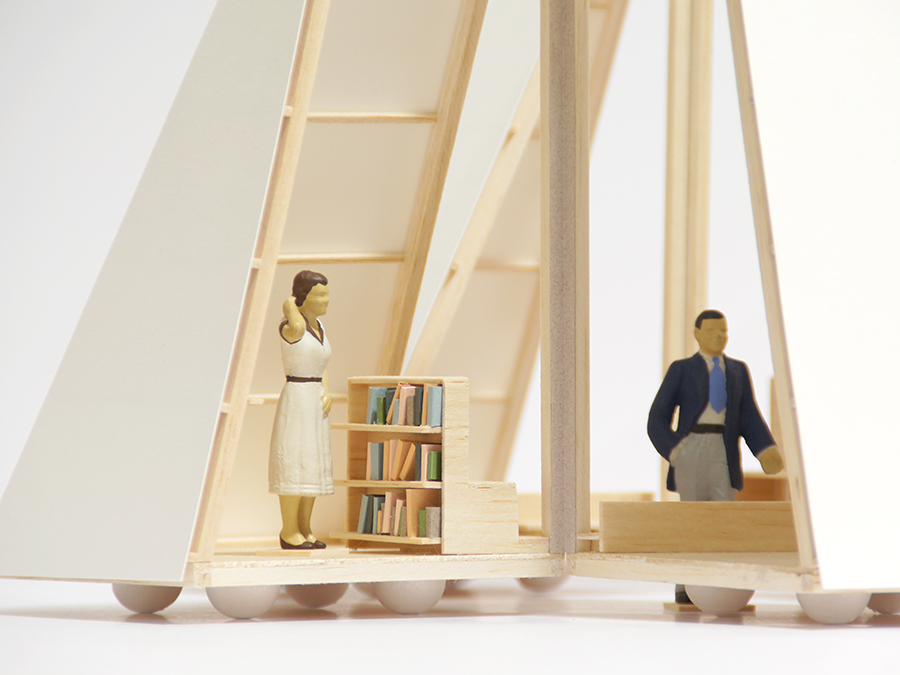 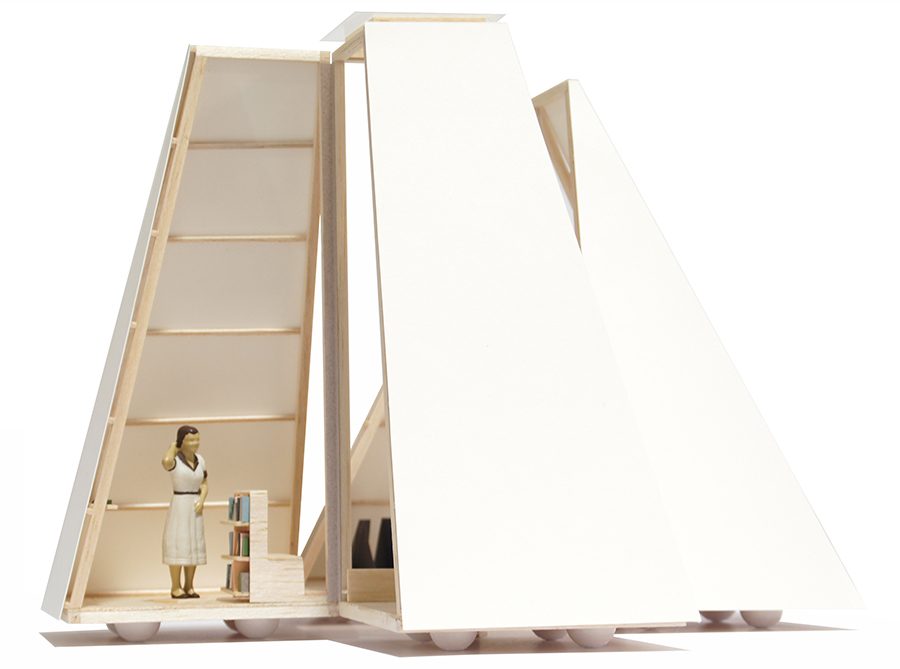 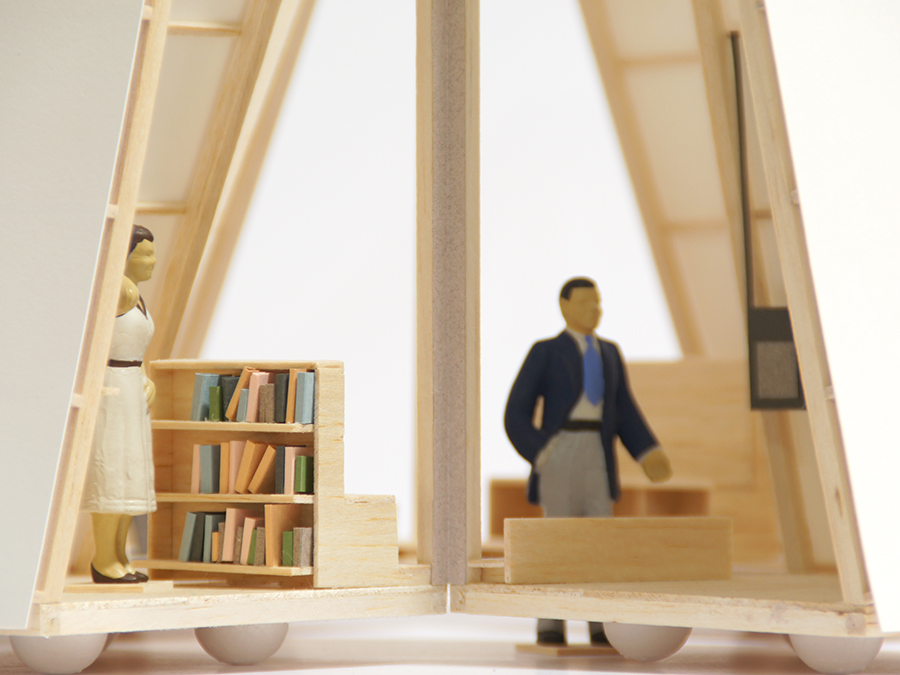