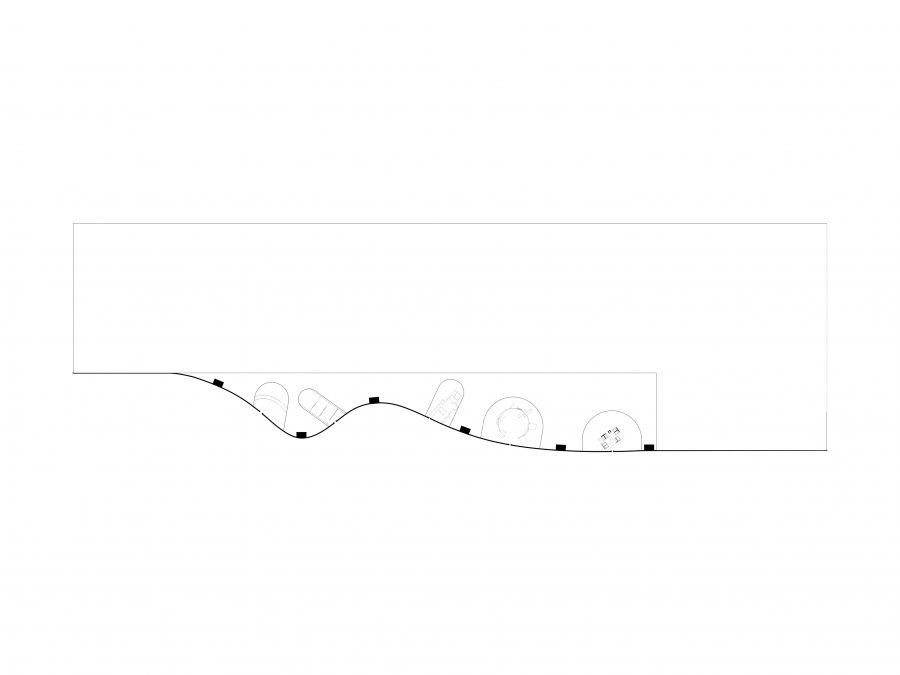 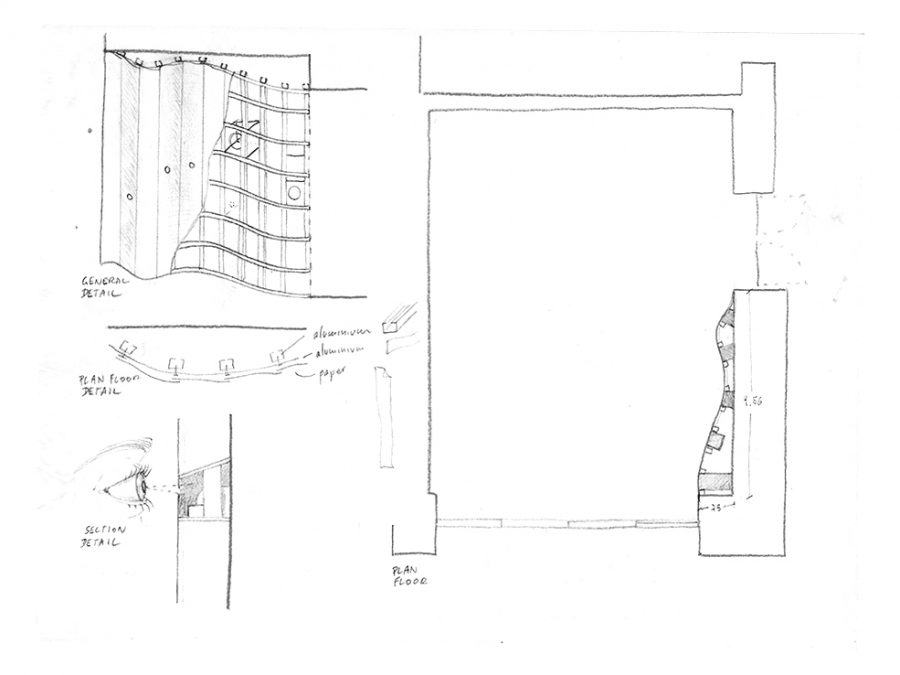 The installation for the League Prize show intends to question the boundary between architecture and the exhibition of architecture. The piece is in itself an architectural element that takes advantage of one of the corners of the Aronson Gallery.
It consists of a second curved wall that initially appears to be part of the building, but at a second glance reveals itself as something foreign. Upon approaching it, the visitor will notice a number of spyholes. Visitors can look through these to discover five dioramas that present five projects by LANZA. 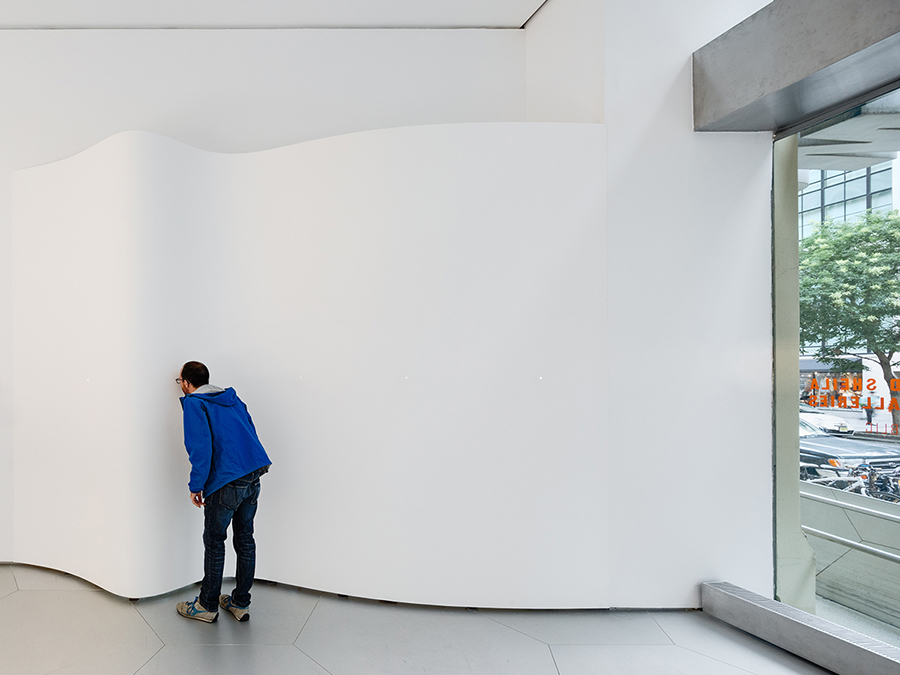 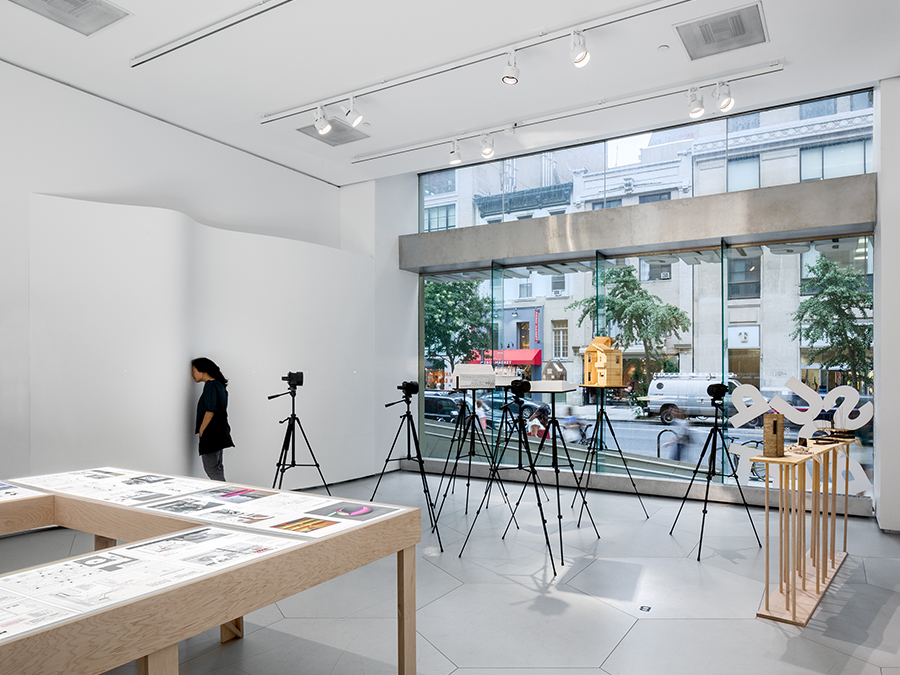 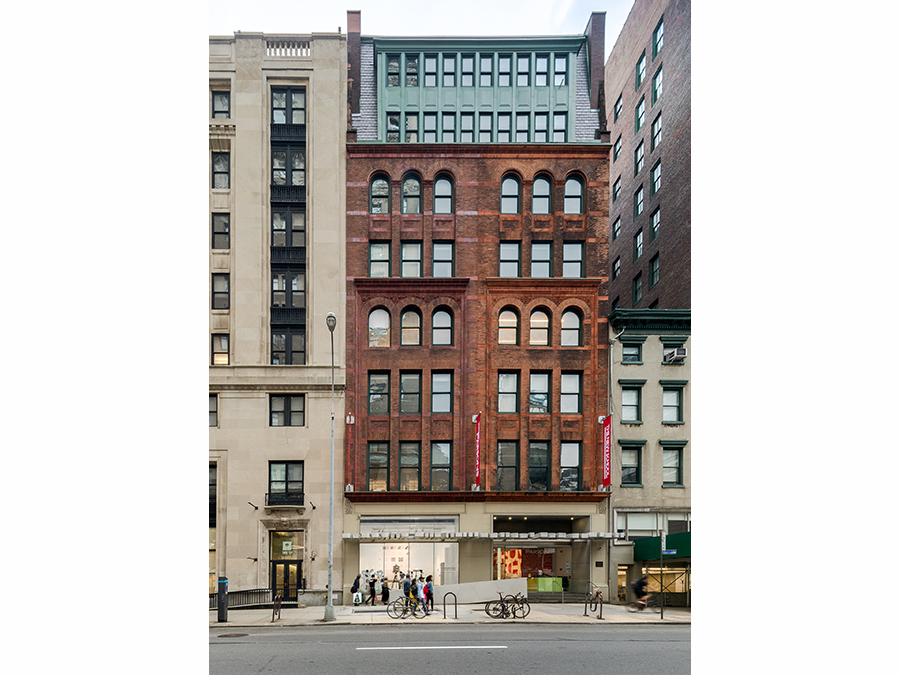 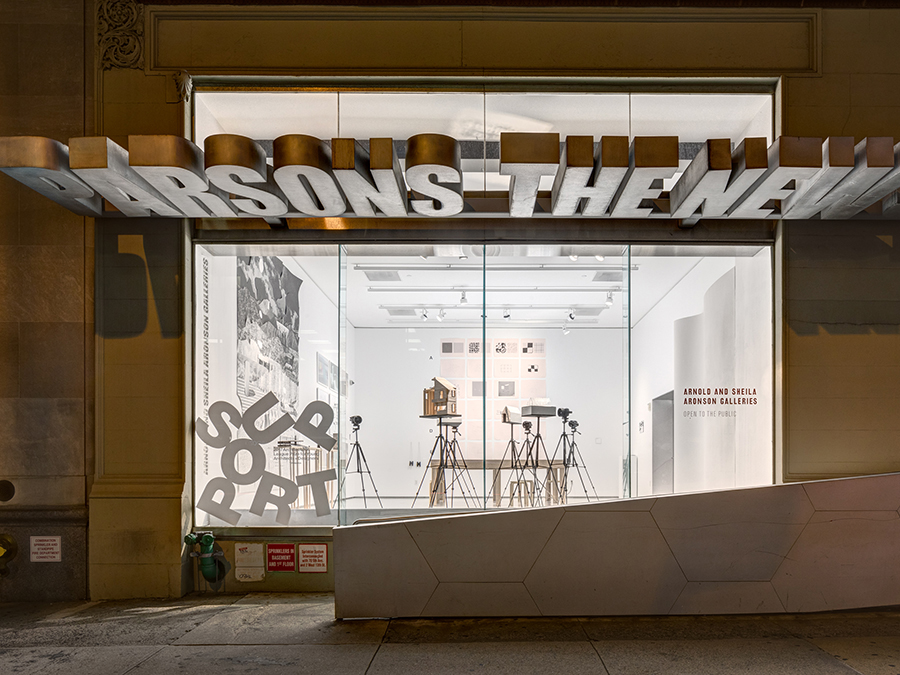 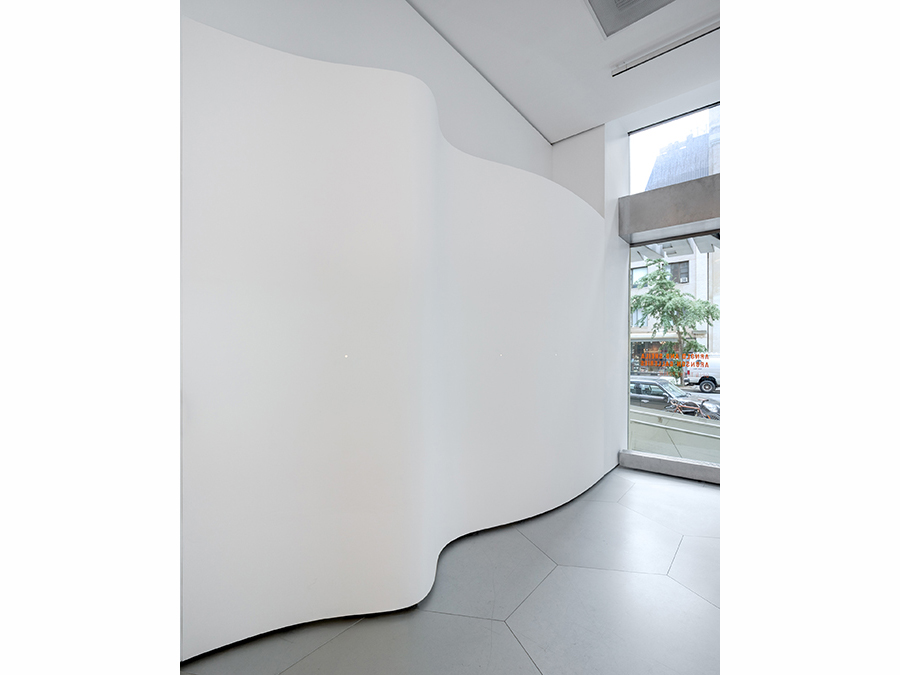 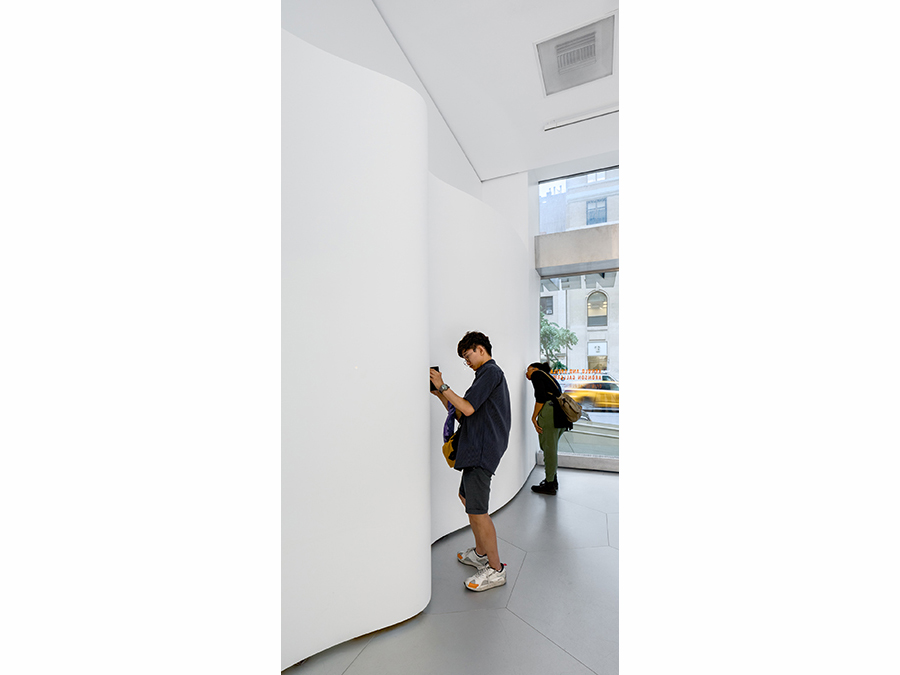 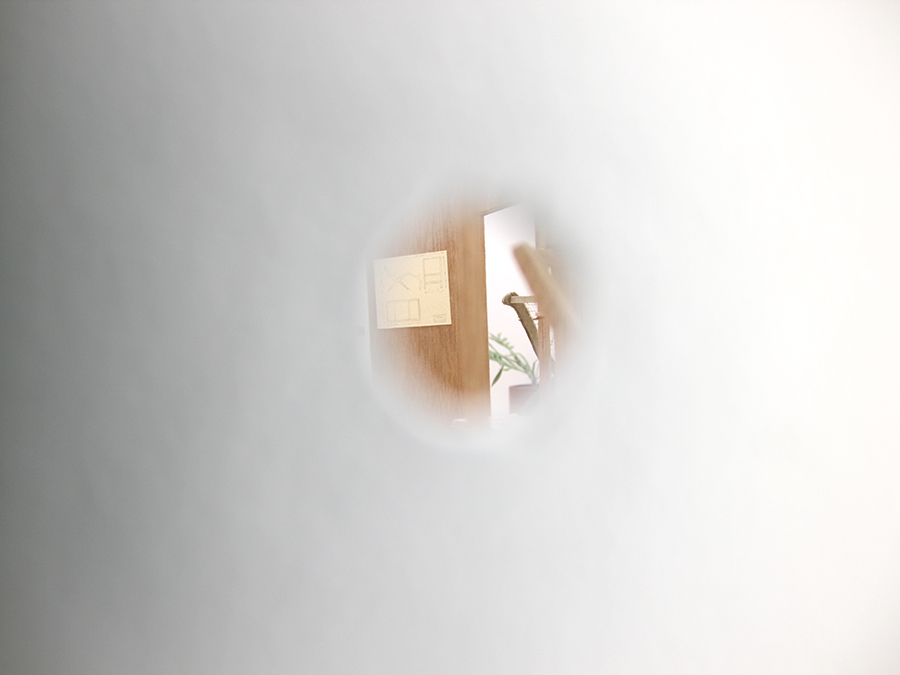 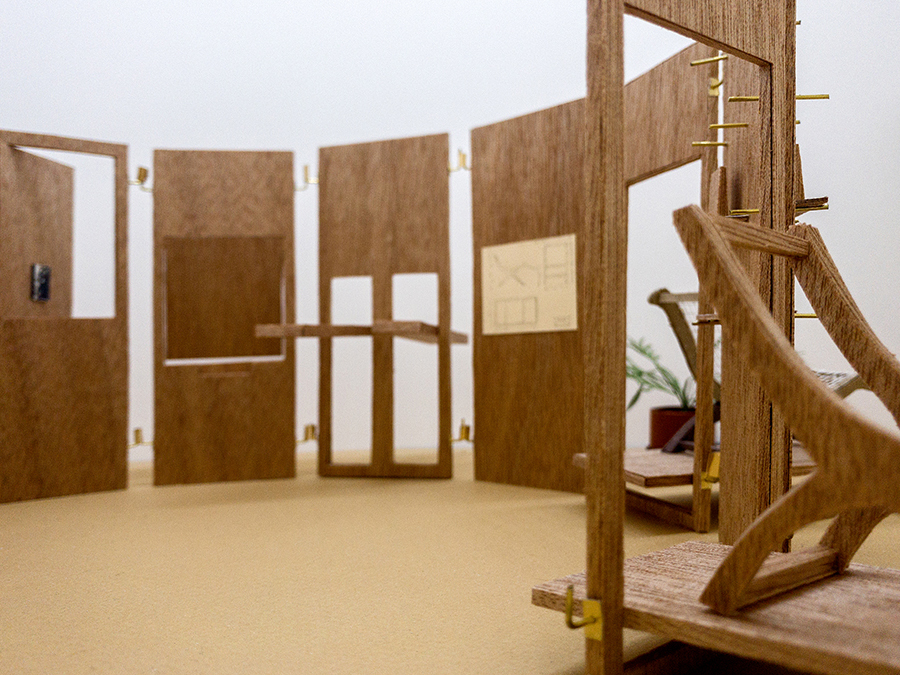 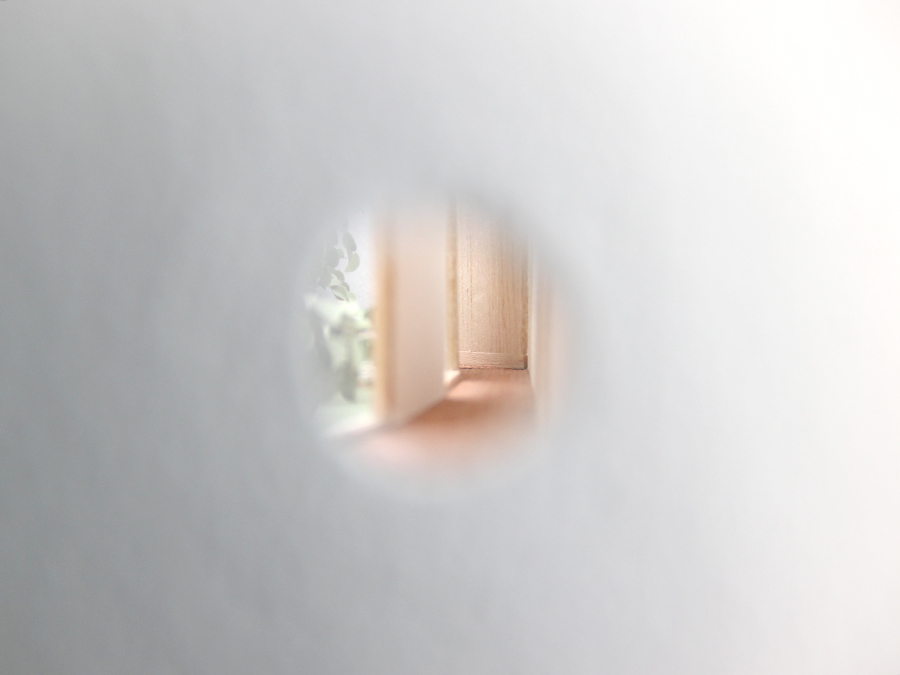 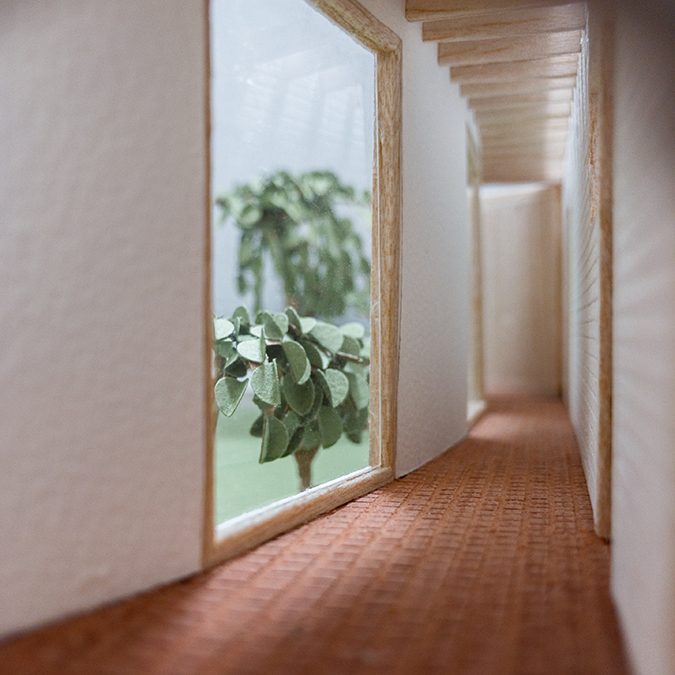 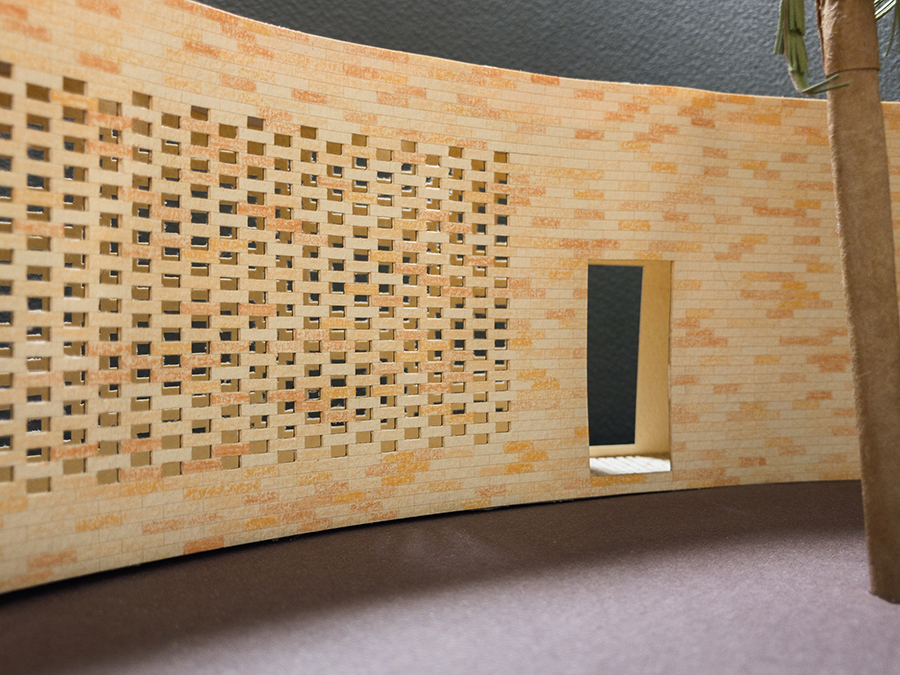