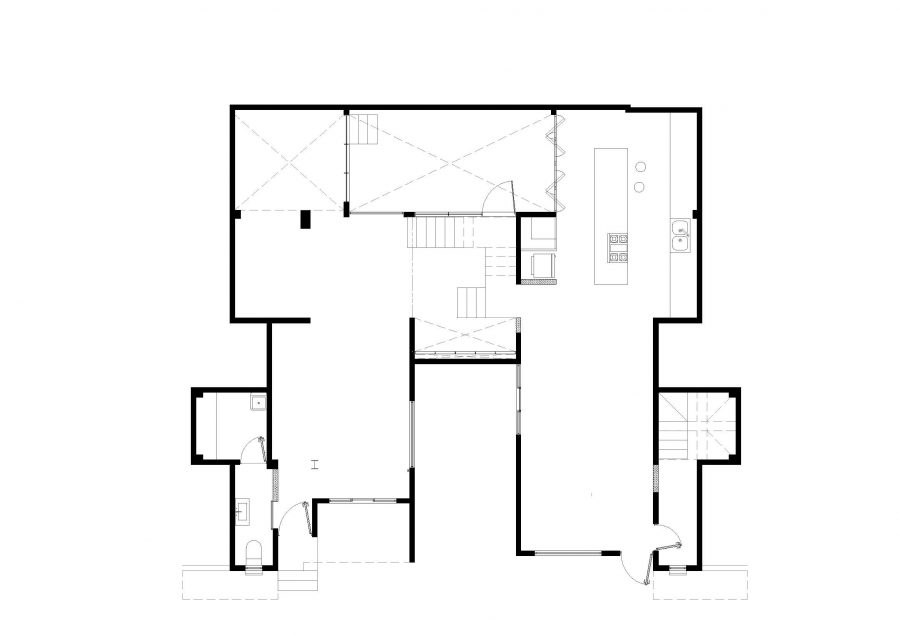 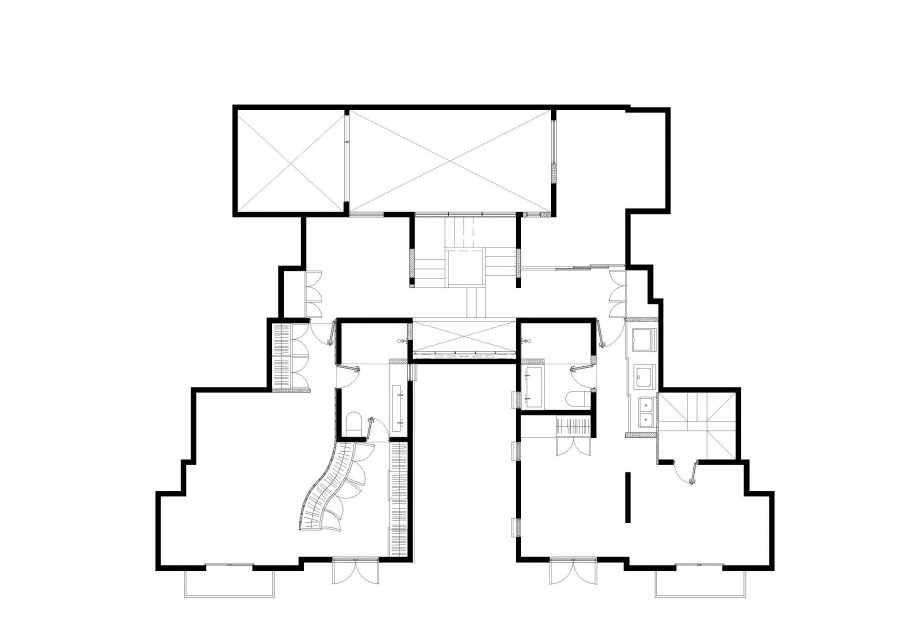 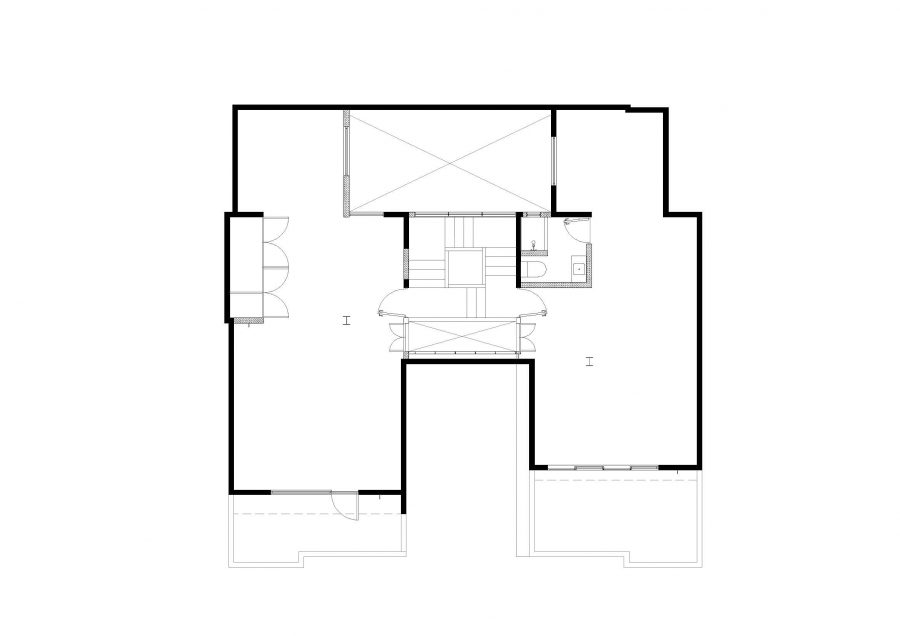 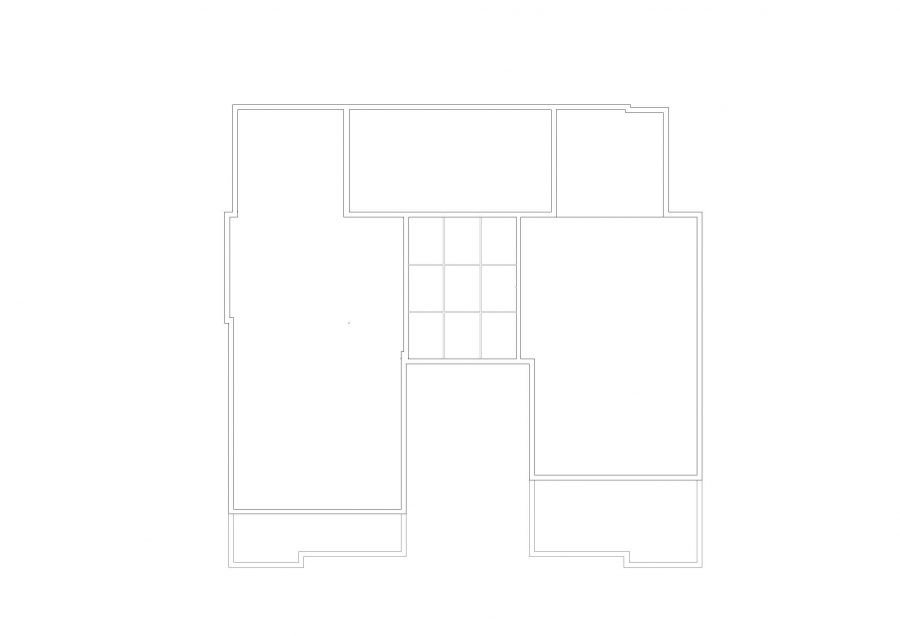 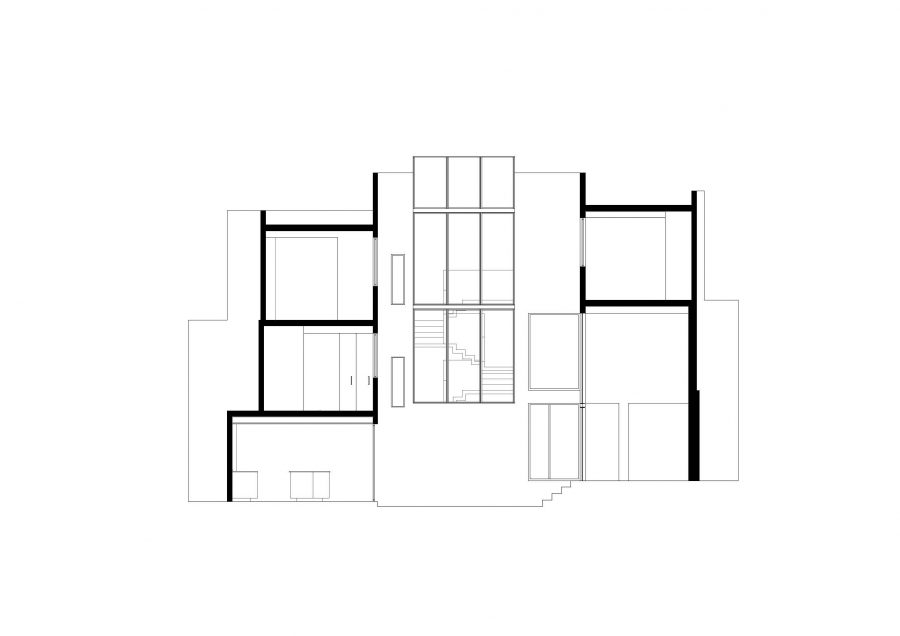 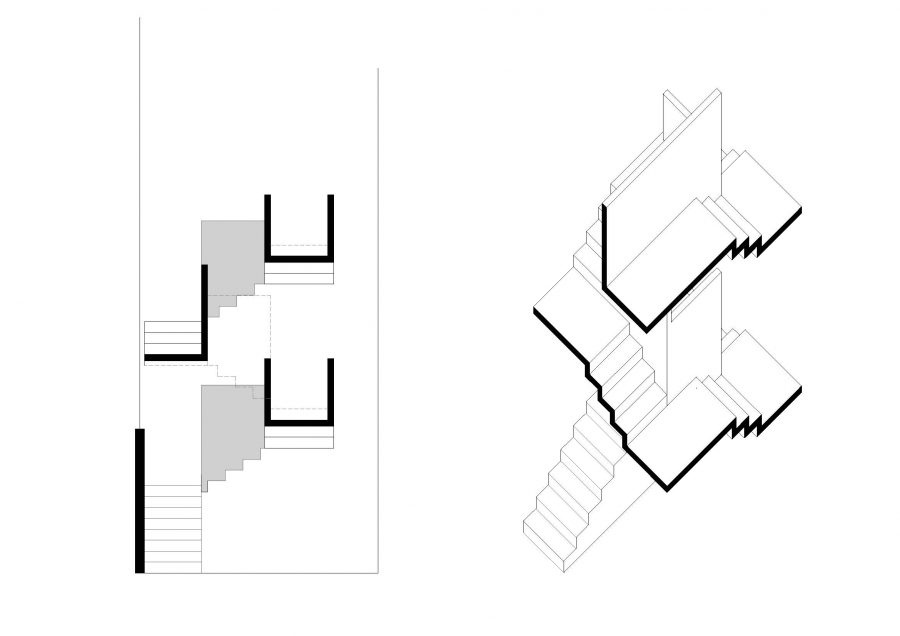 An Escher-Like Staircase Joins Two Old Homes on the Outskirts of Mexico City
The architecture studio LANZA Atelier brought its characteristic sparseness and clarity of concept to the renovation job.

The blocks of Mexico City’s southern neighborhoods are lined with homes that reflect a different era in the city’s history—one in which single-family dwellings with grand staircases and lush gardens were as plentiful as the high-rises that increasingly define the megalopolis.

Limited space is a feature of apartment living in most large cities, but for one Mexico City–based artist, whose works include large-scale paintings and sculptures, it presented a problem. Along with his partner, an art producer, the artist commissioned the local architecture studio LANZA Atelier to renovate two old houses in the residential district of San José del Olivar. The houses—the client inherited one and purchased the other—were to be merged into one, now called Casa T, that would function as a home and studio for the couple.

“The initial state of both properties was underwhelming,” says Isabel Martínez Abascal, founding partner of LANZA, with Alessandro Arienzo. “In addition to having few openings for light and ventilation, the home inherited by the client had a heavy energy from her childhood that needed to be shifted to welcome in a new era in her life.”

The embellished, baroque architecture of the existing properties stood in stark contrast to the conceptual clarity and geometric simplicity that typify LANZA’s work. The studio approached the renovation from the inside out, with an inclination toward minimalism: Though the facades were left untouched, the interior scheme now includes ample whites, grays, and light wood.

“When we took on this project,” recalls Arienzo, “the first question we asked ourselves was, how can we bring light into this dark space?” Their solution was to partly dismantle the highly compartmentalized interiors, eliminating walls and ceilings to create open-plan, double-height spaces.

The design’s most impressive element is the concrete staircase that unites the two homes. Standing out amid bare white walls and polished concrete floors, it looms like a sculpture in the center of a gallery. And to accommodate the client’s need to transport large artworks up and down the house, LANZA eschewed railing, whose absence heightens the formal purity of the staircase unit.

On the upper floor, a curved wall made of pine wood slithers across the main bedroom, creating a partition that conceals a walk-in closet. “Our use of curves, which are present in many of our projects, stems from the idea that within the static nature of architecture, there is inertia,” explains Arienzo. The two opposing elements—an orthogonal stair structure made of concrete, and a more organic form made of wood—coexist in pleasant tension, adding an unexpected touch to an otherwise restrained design scheme. 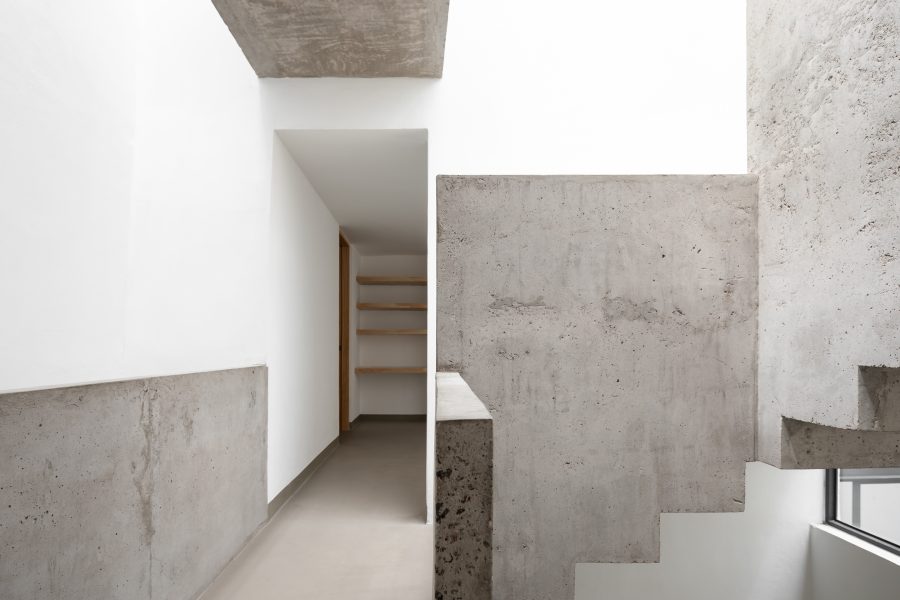 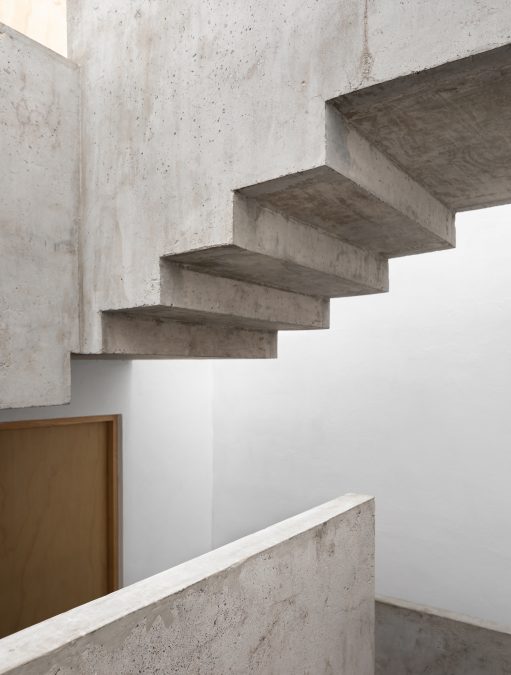 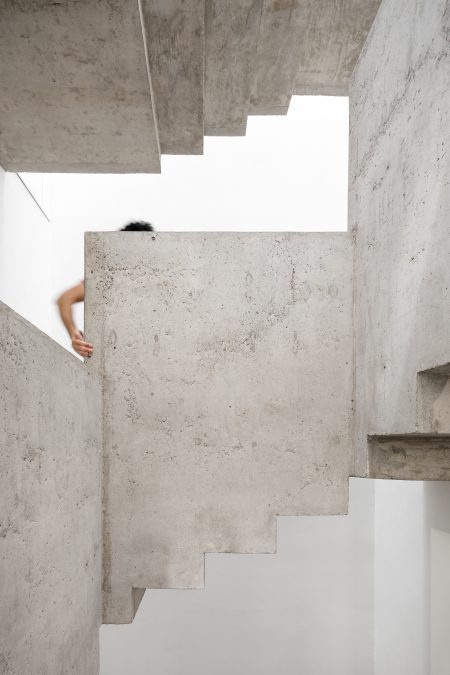 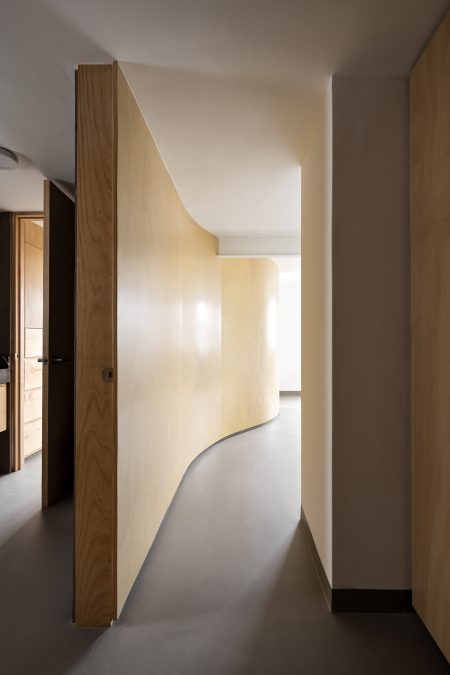 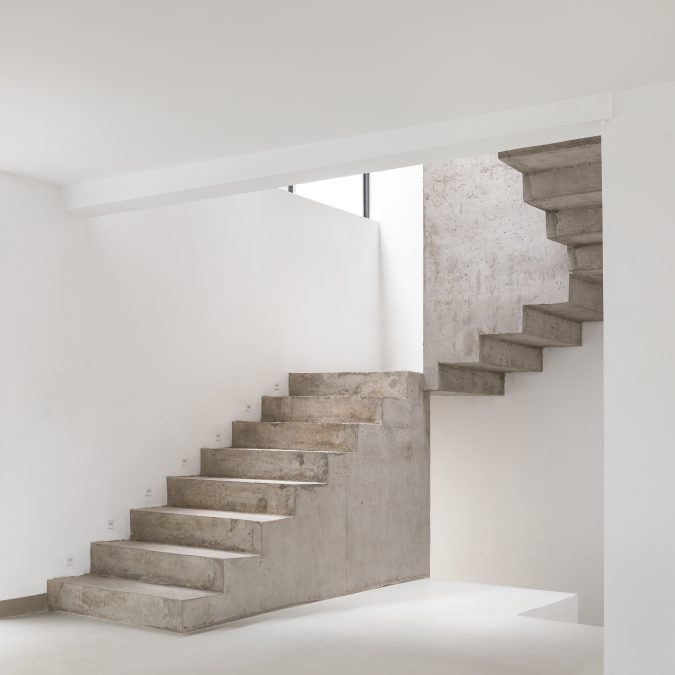 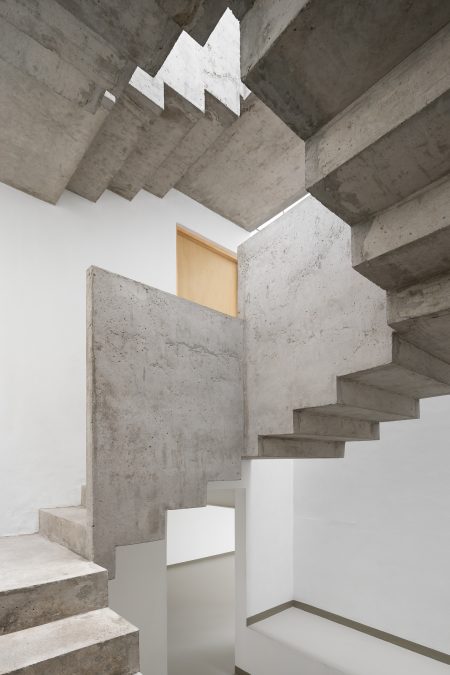 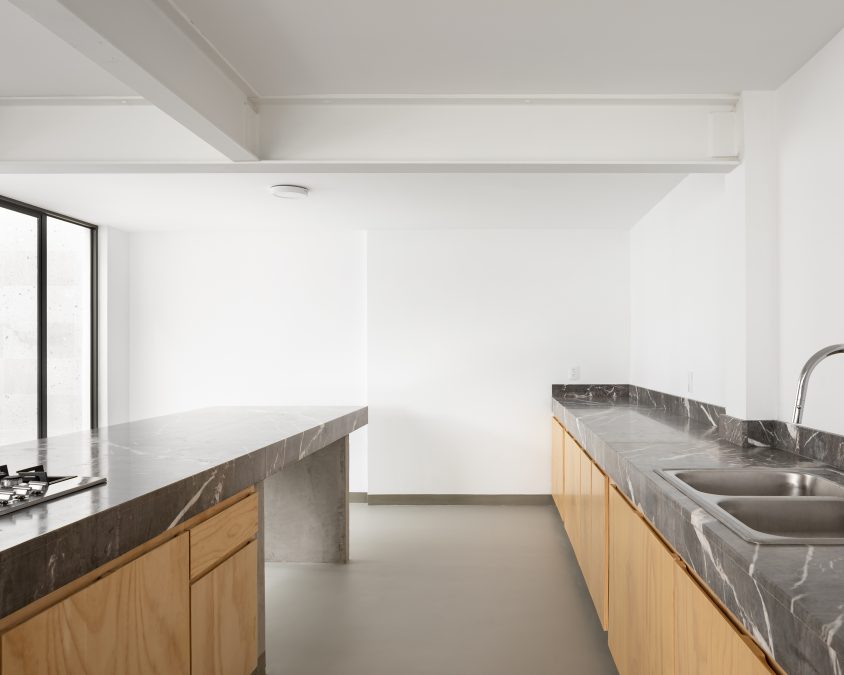 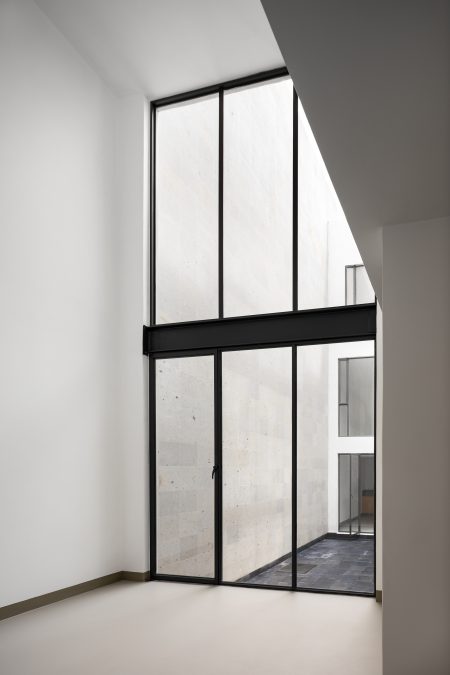 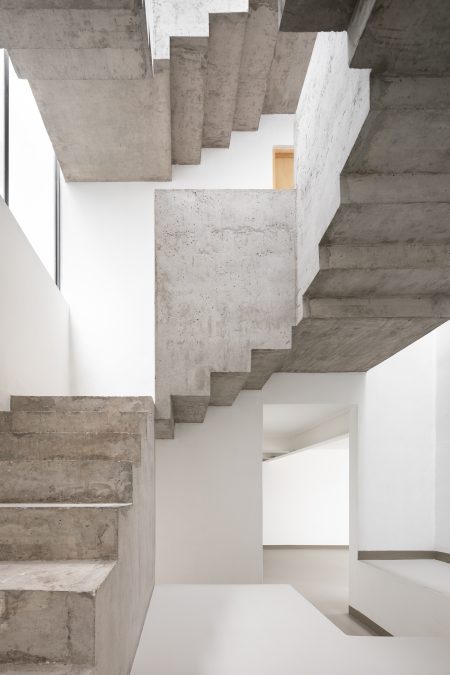 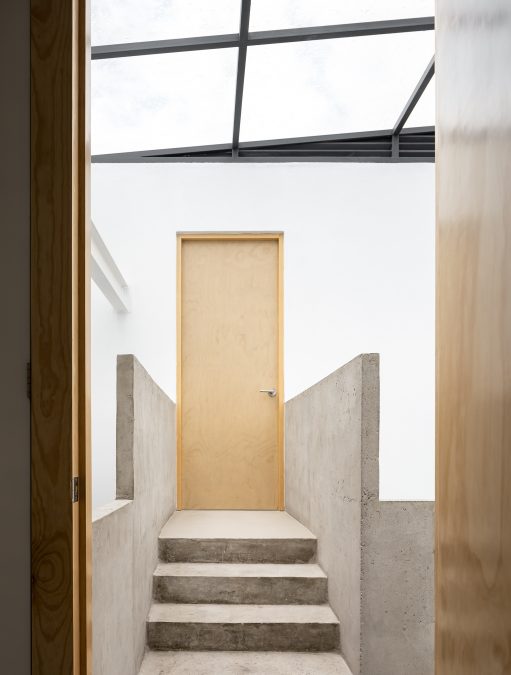