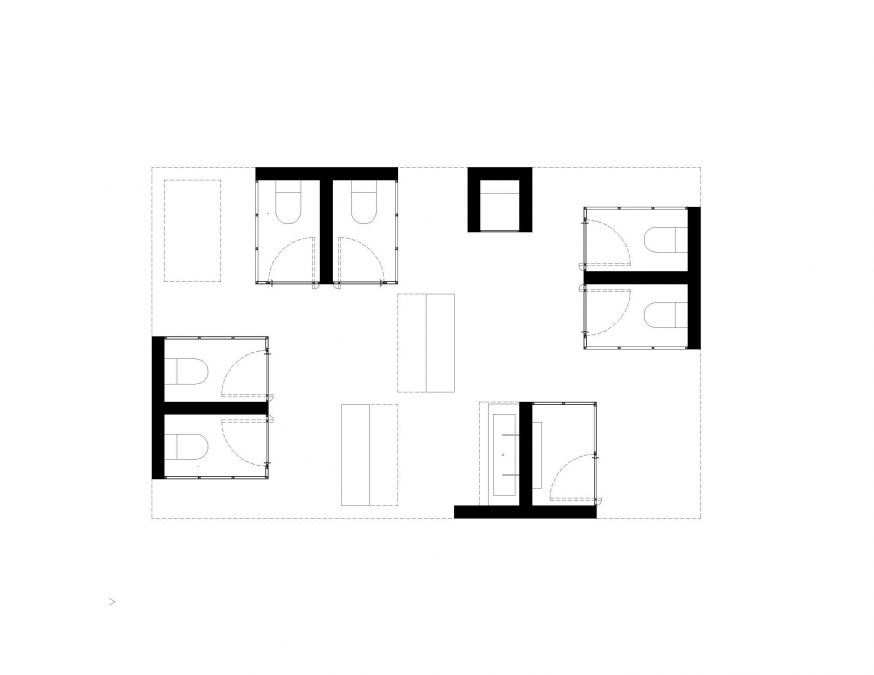 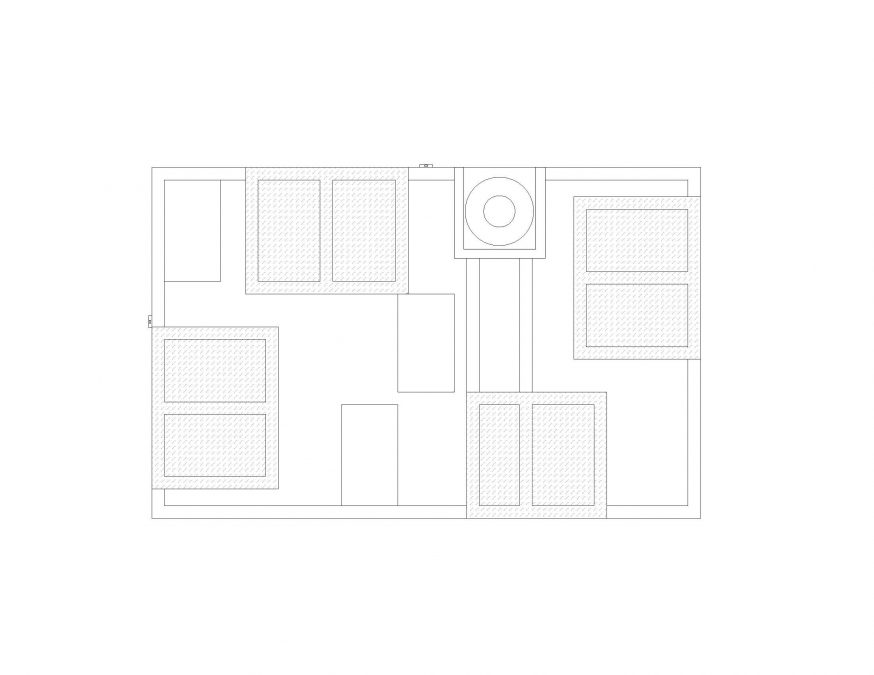 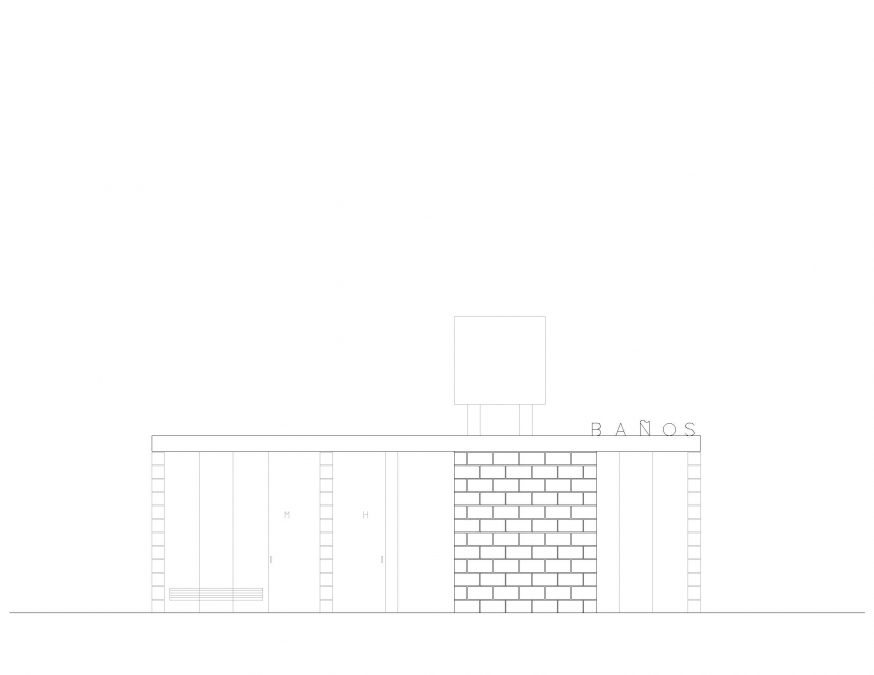 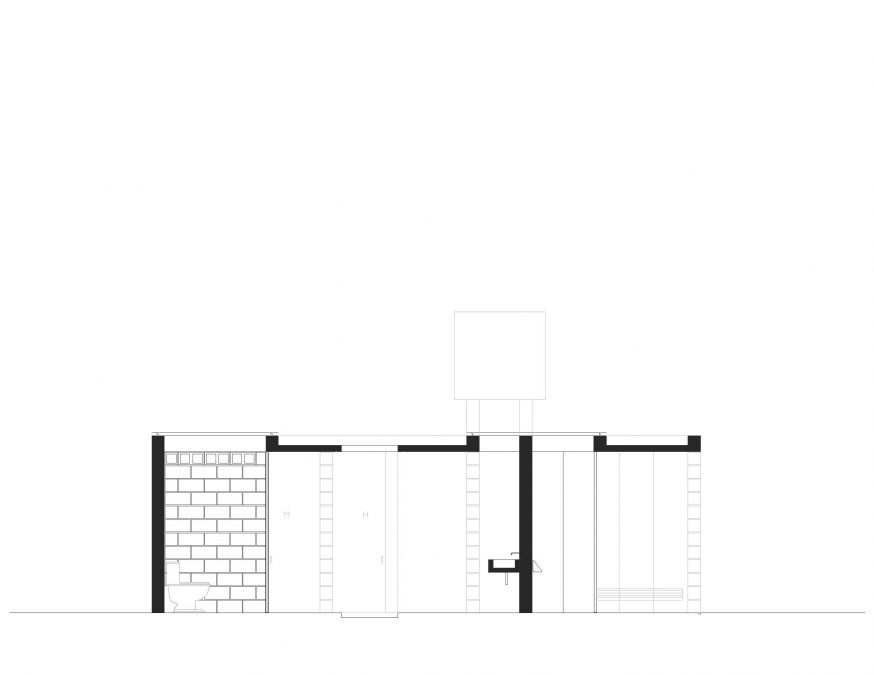 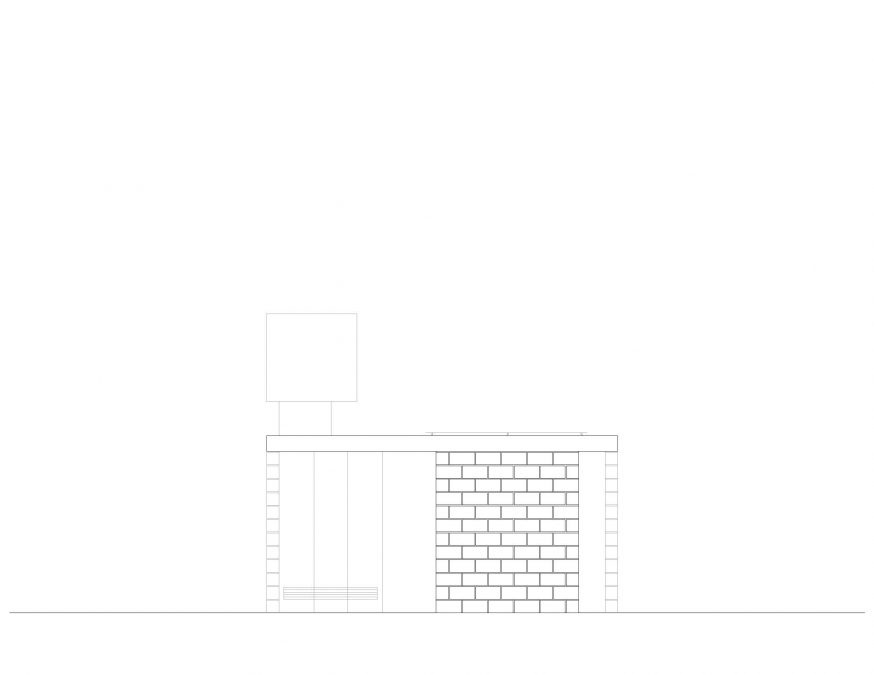 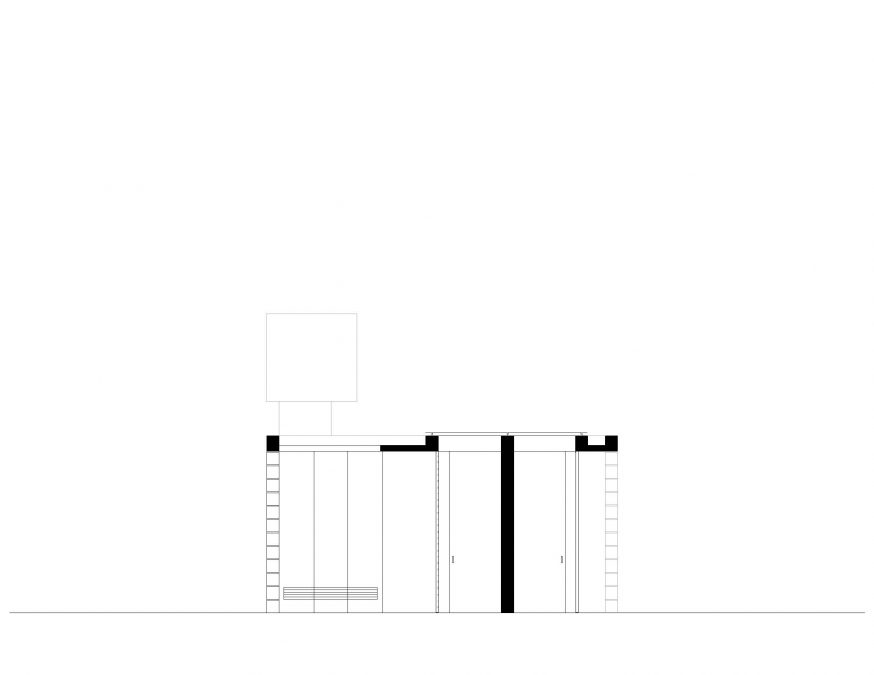 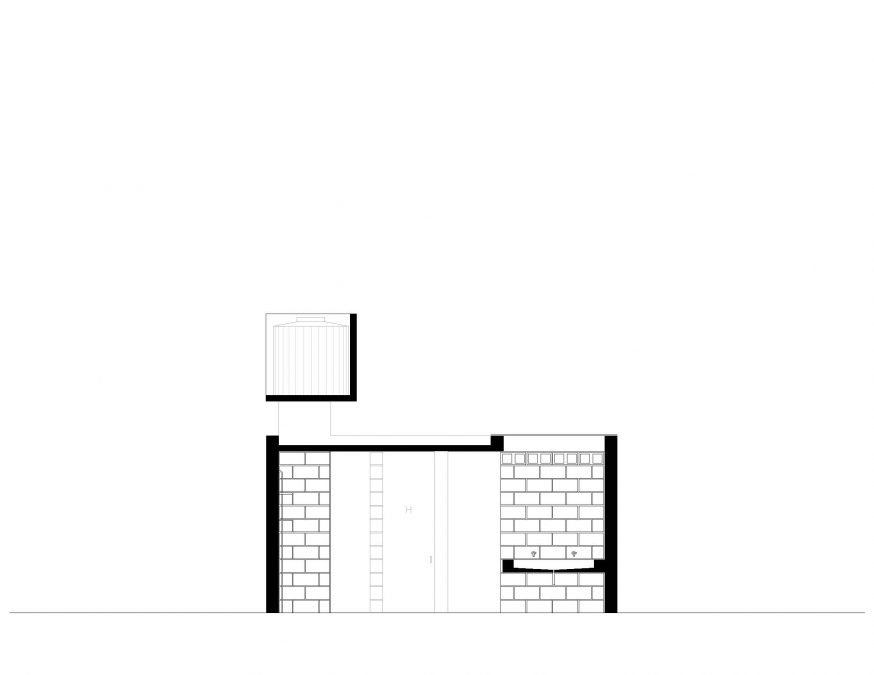 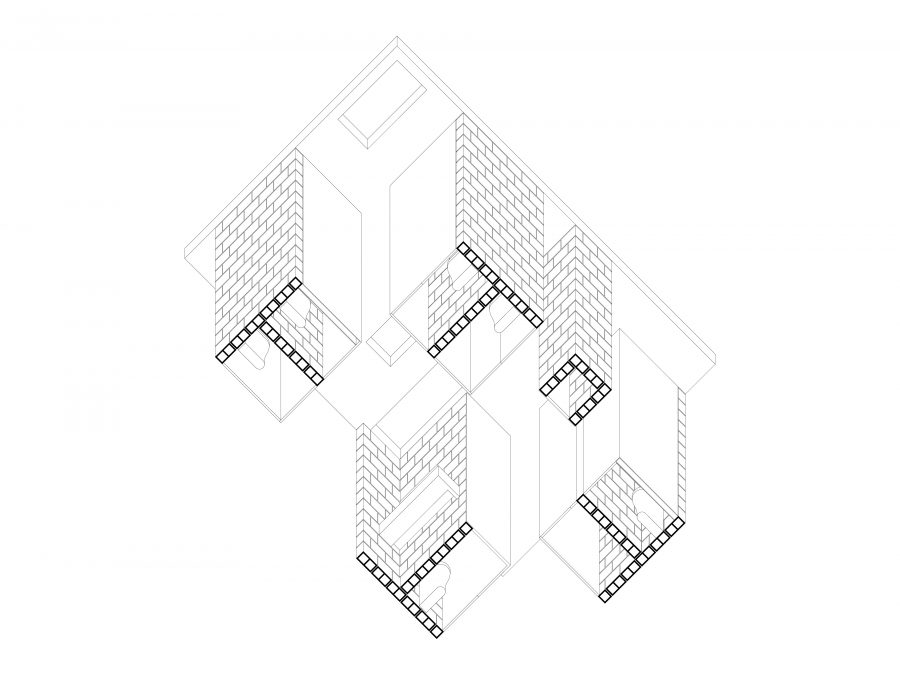 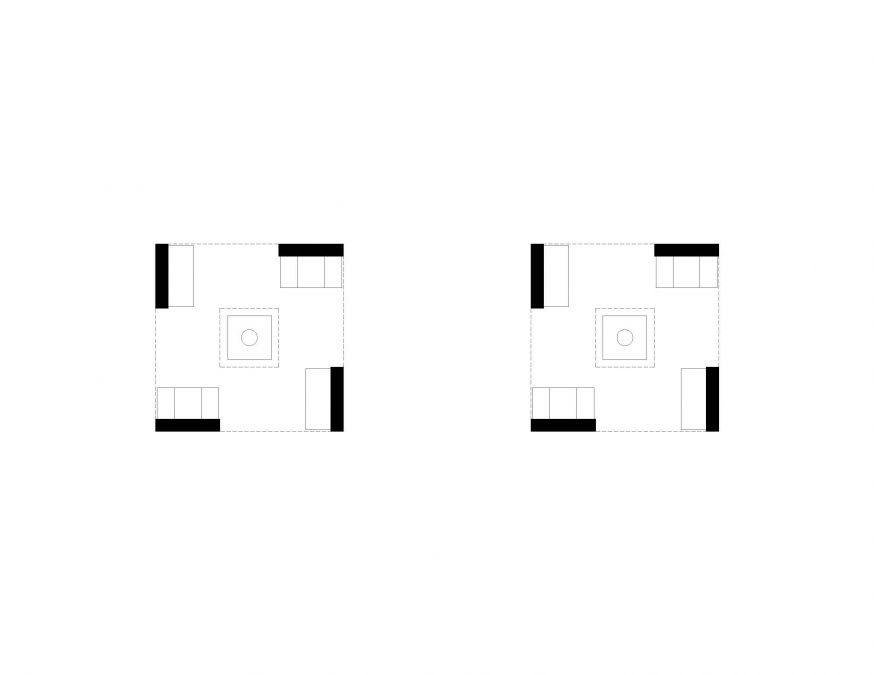 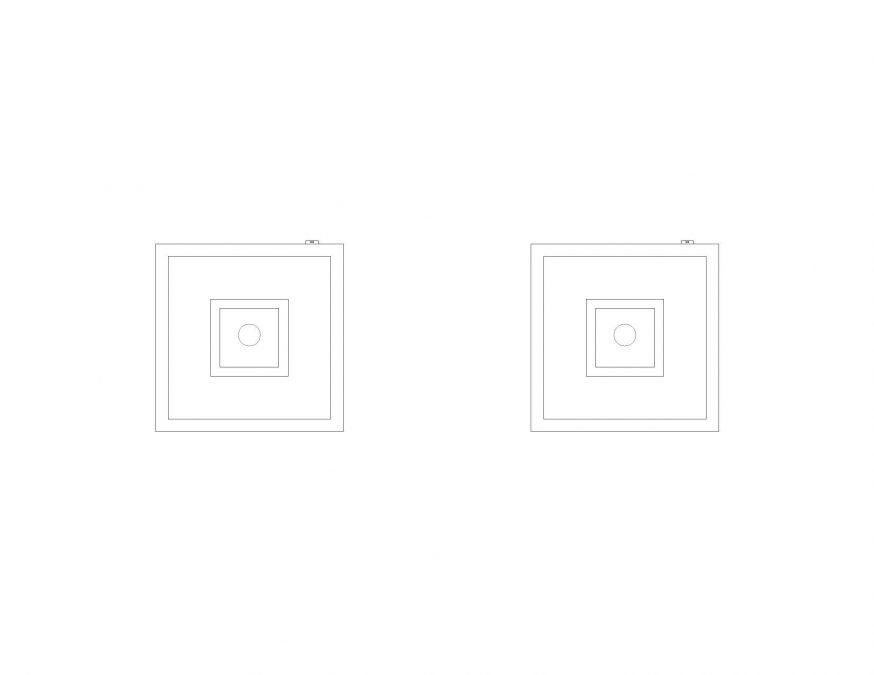 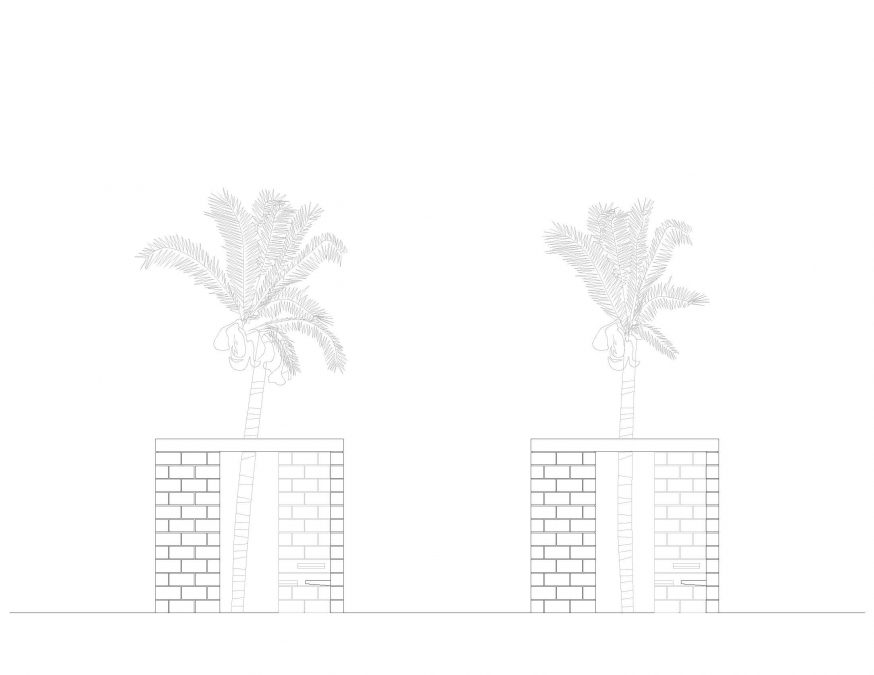 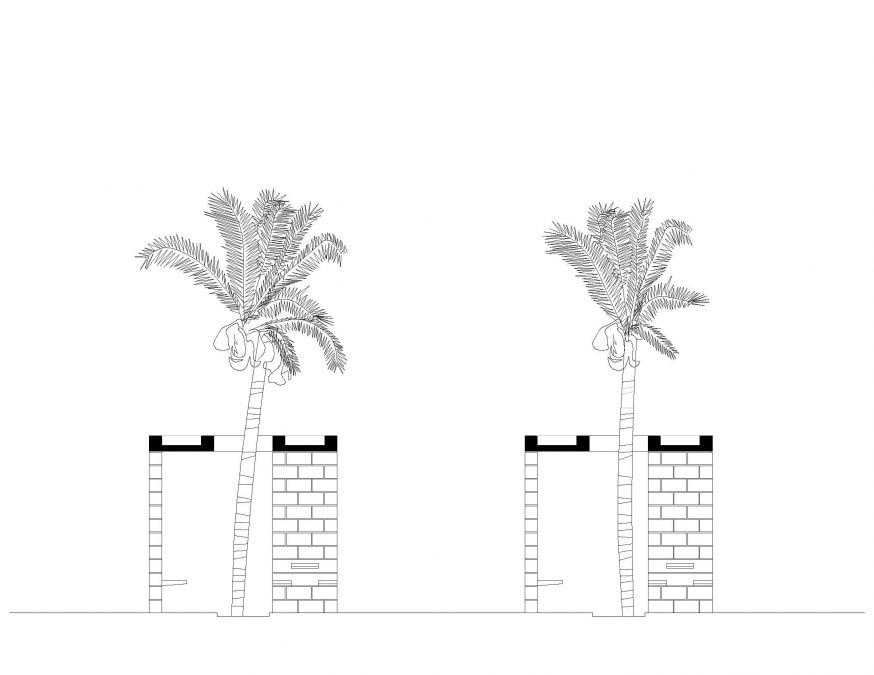 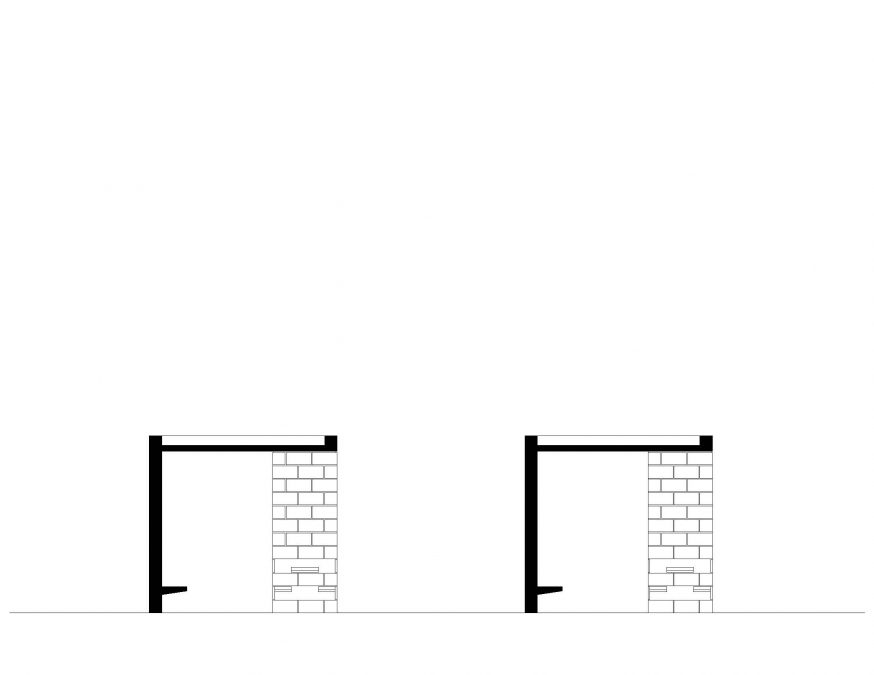 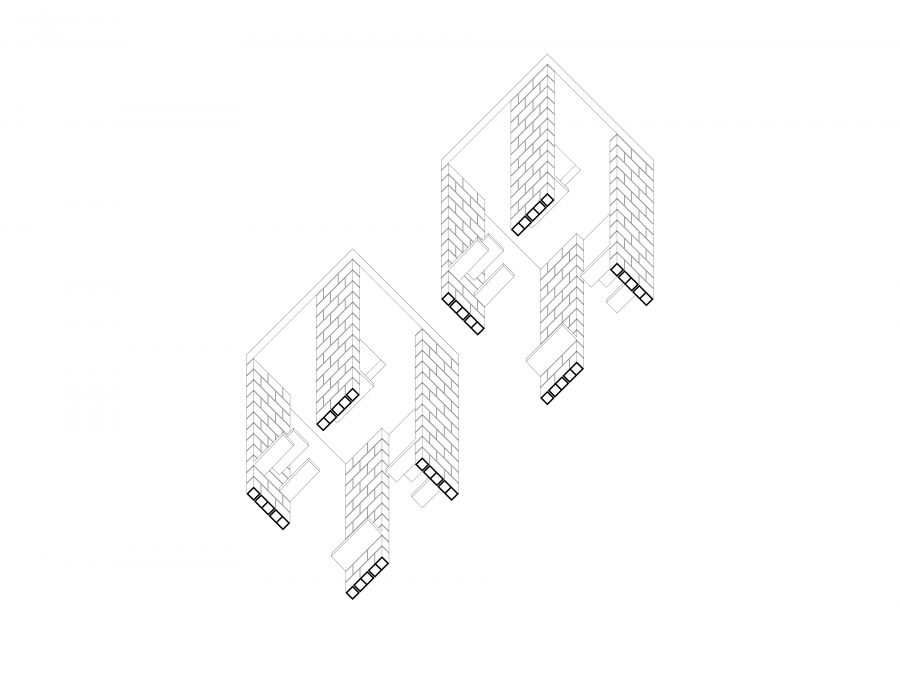 Ecatepec is a marginal area with high crime rates where a new bicycle track serves as a linear park that connects the whole neighborhood. When commissioned to design washrooms and shade for the bicycle track, we saw an opportunity to achieve common spaces at a very low cost in an area that urgently needs quality public infrastructure. To this end, we proposed three washroom modules and 13 pairs of kiosks with the aim of creating a democratic urban fabric.
Both typologies sought to explore the gradations between interior and exterior and the ability of an extremely simple initial program to host the richness and unpredictability of life. We also tackled the project as an educational tool to foster the coexistence of genders in a very segregated area, thus, men are women share the common spaces of kiosk and washrooms in an atmosphere of tolerance.
The washrooms and kiosk were proposed as permeable pavilions with a microclimate favored by the presence of plants, a small oasis in the harsh climate of the bicycle track. Within the overall slab of each group of washrooms, there are four double modules deployed in a cross pattern. Each of these modules is an open space with a glass dome set into the roof, so that when you enter them you are going outside. Three other openings, like small courtyards, are located over the plant beds that traverse the roof slab in the direction of the sun. There is no clear distinction between being inside and outside.
The kiosks are distributed intermittently along the bicycle track. Its walls also form a cross with benches and tables that are embedded in the block walls, using the gaps left by the formwork. At each kiosk there is a central patio traversed by a large palm tree. The construction of both washrooms and kiosks used concrete blocks and steel sheet walls painted white.
The landscaping project incorporated one hundred new trees. Vines cover the fence that divides the avenue and the bicycle track, creating a green division between the traffic and the cyclists, joggers and pedestrians. Palm trees are generally located within the kiosk in the small central courtyard and jacaranda trees are planted in a more organic arrangement within the bays. Bamboo was used only in washroom modules to create a visual division between male and female toilets. Shared washbasins are located in the central space favoring the respectful coexistence of all users. 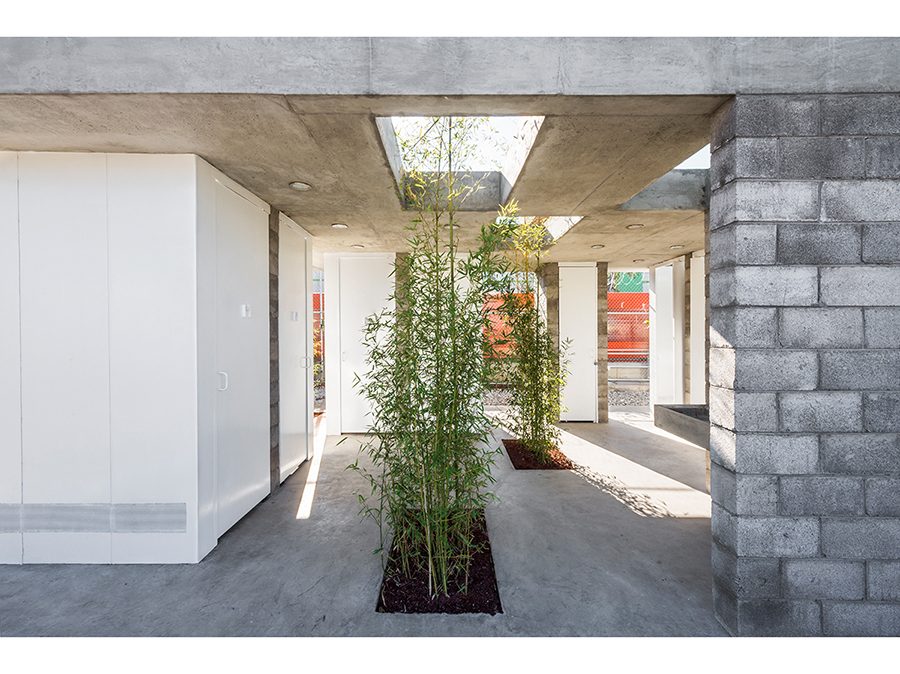 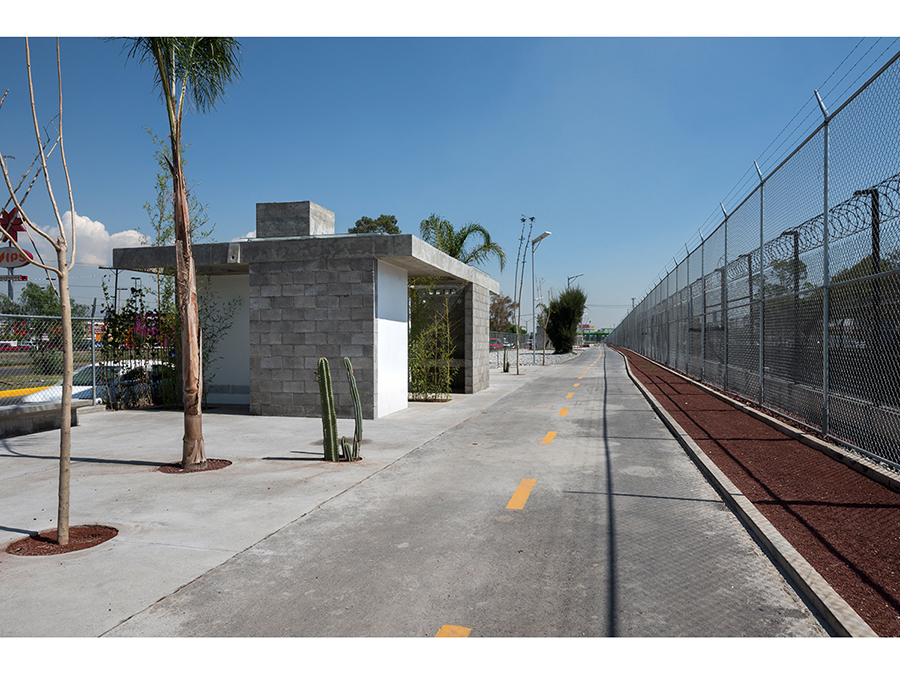 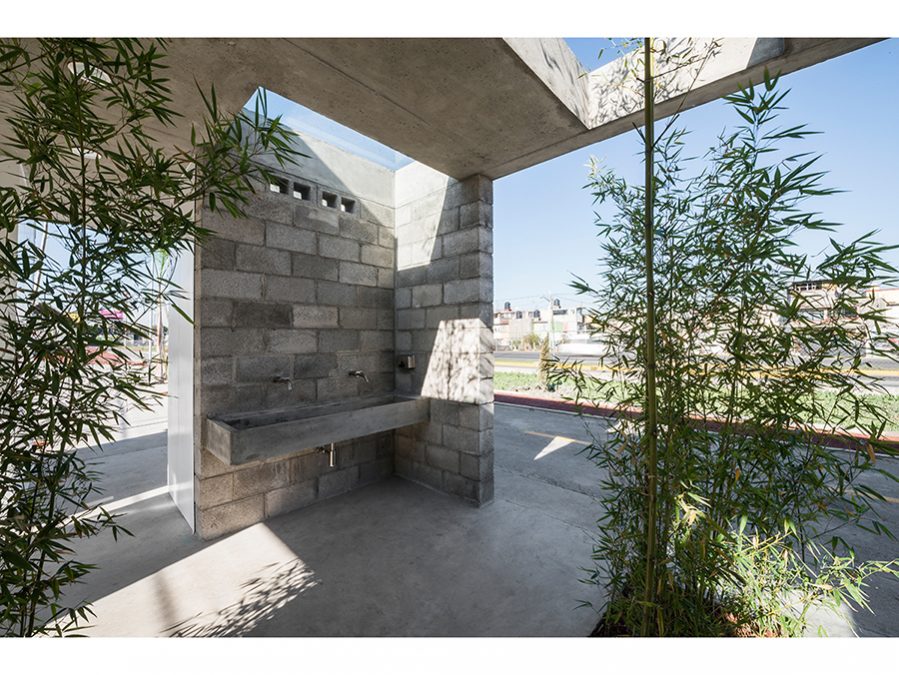 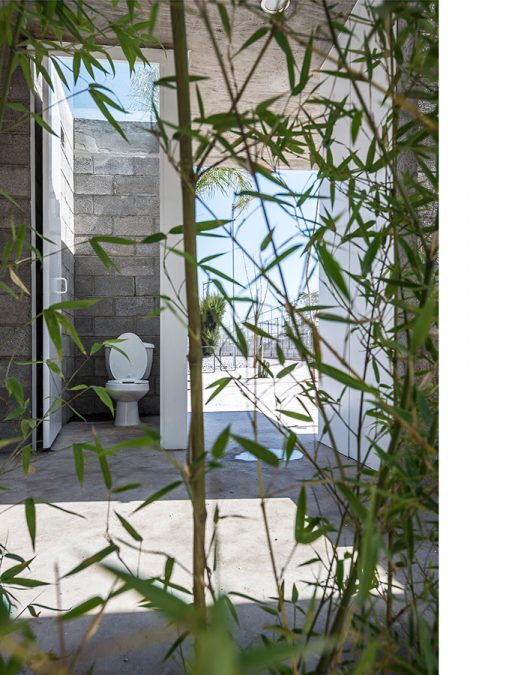 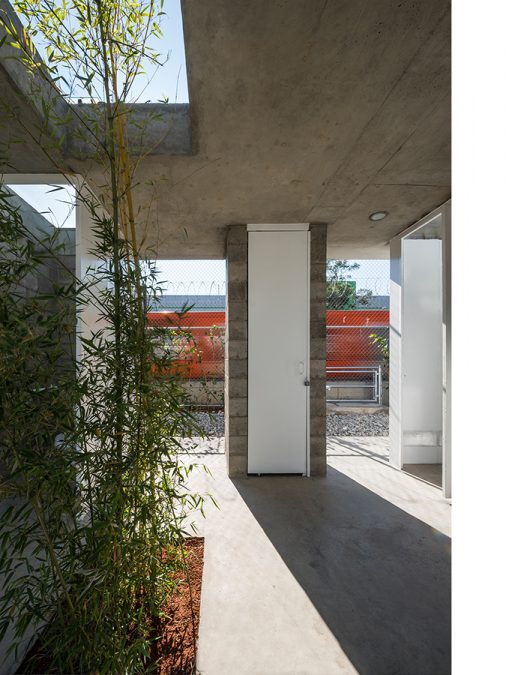 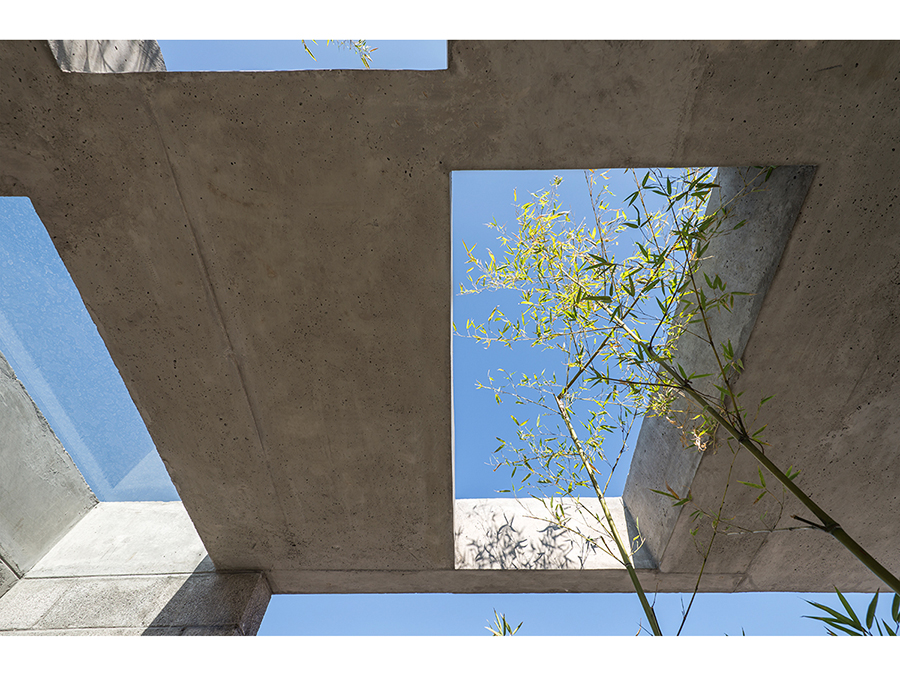 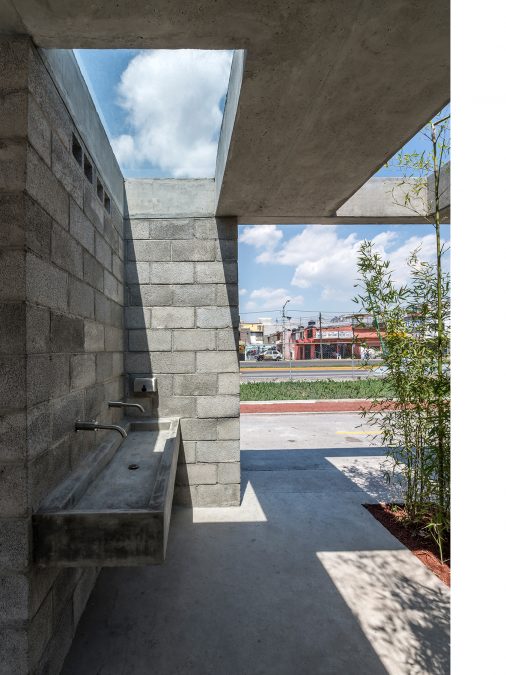 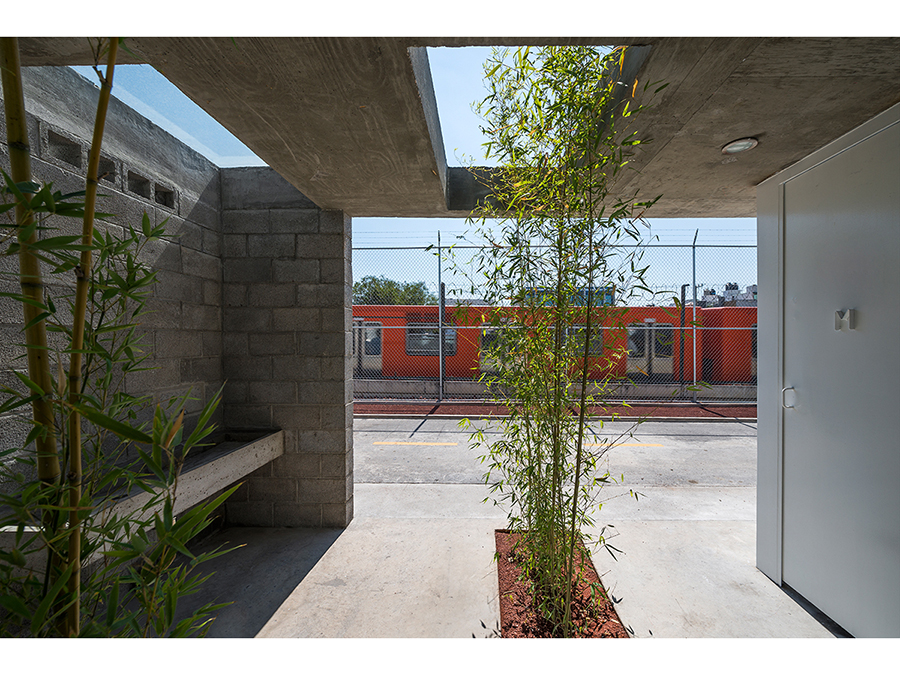 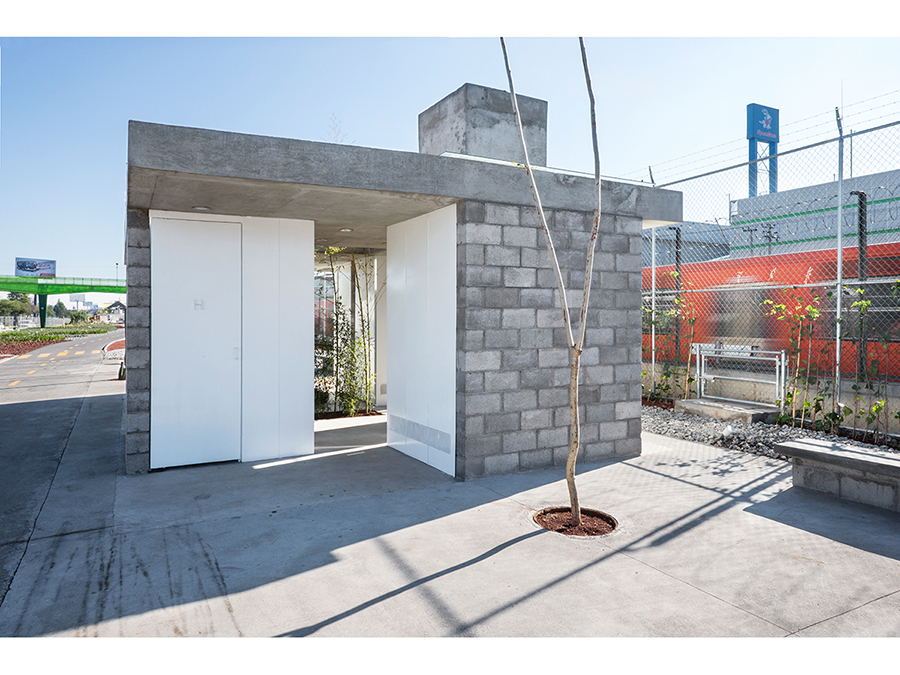 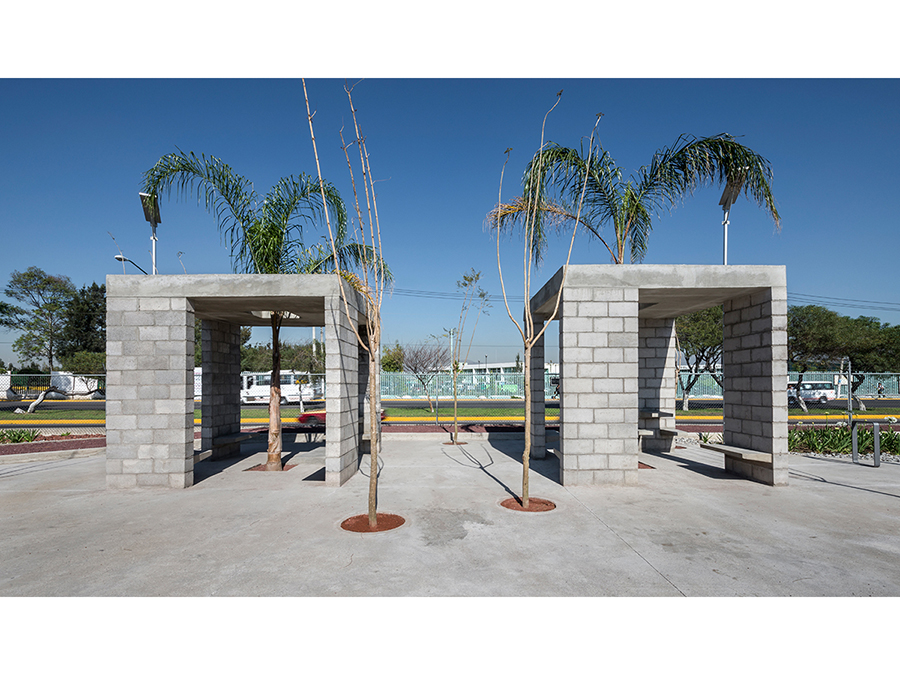 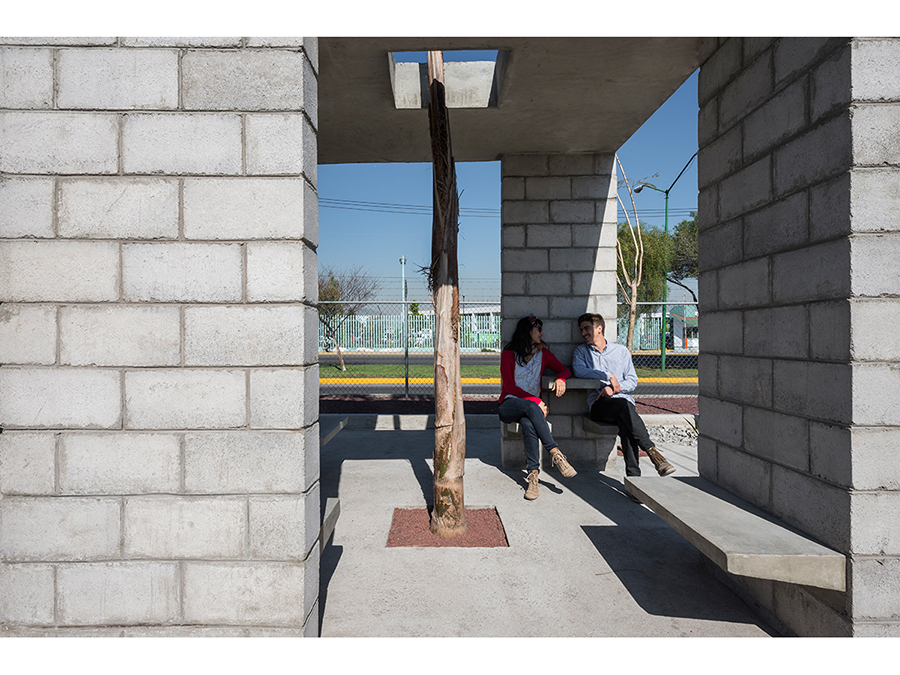 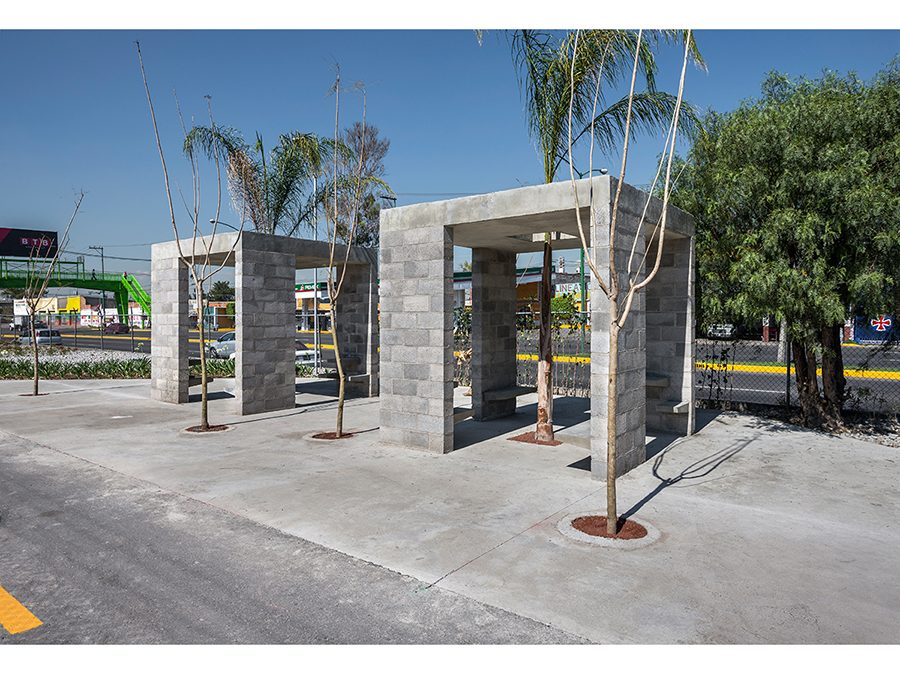 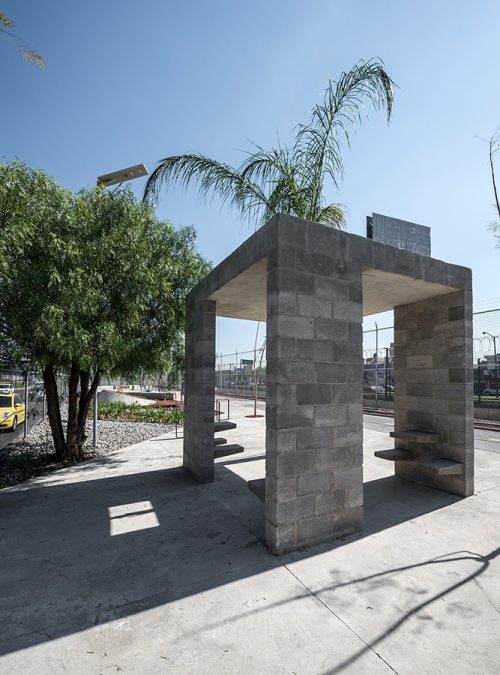