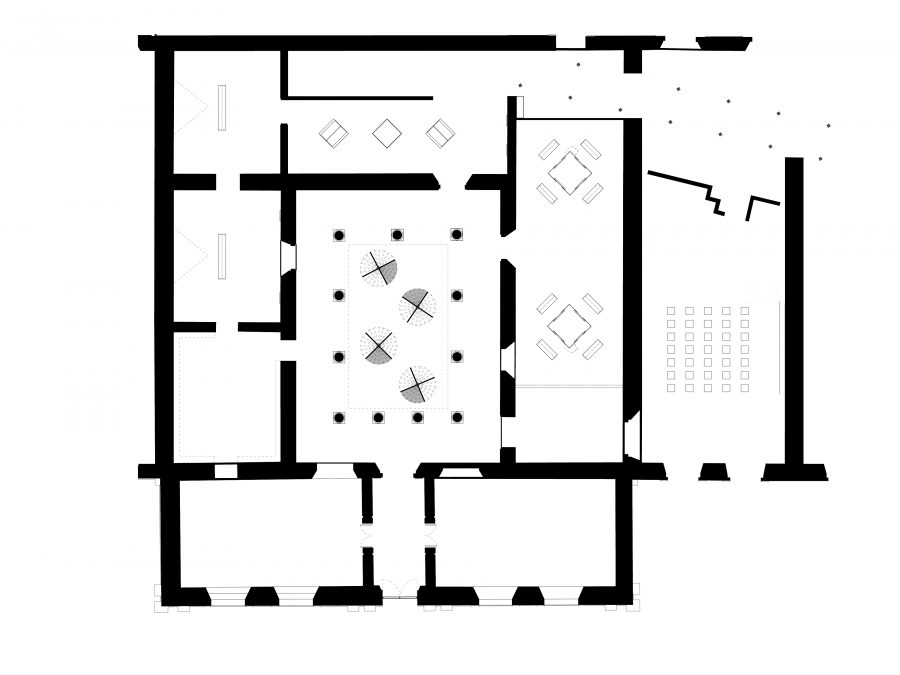 Bursting appearances: Teo Hernández, is the first critical exhibition of the filmmaker’s work in Mexico. Between 1968 and 1991 the artist developed from France “a tactile cinema that informed by the performing arts and contemporary dance, is able to invoke bodies and realities to come.” Taking into account the importance of choreography in Teo’s work, the exhibition design was composed of non-moving pieces such as showcases, tables, video cubes, and, especially, of moving parts. The rotating devices constitute the Documentation Center and organize information around the four major themes of the exhibition, identity, ritual, body and city. These are four sets of rotating screens that, driven by the public, combine with each other to create connections. 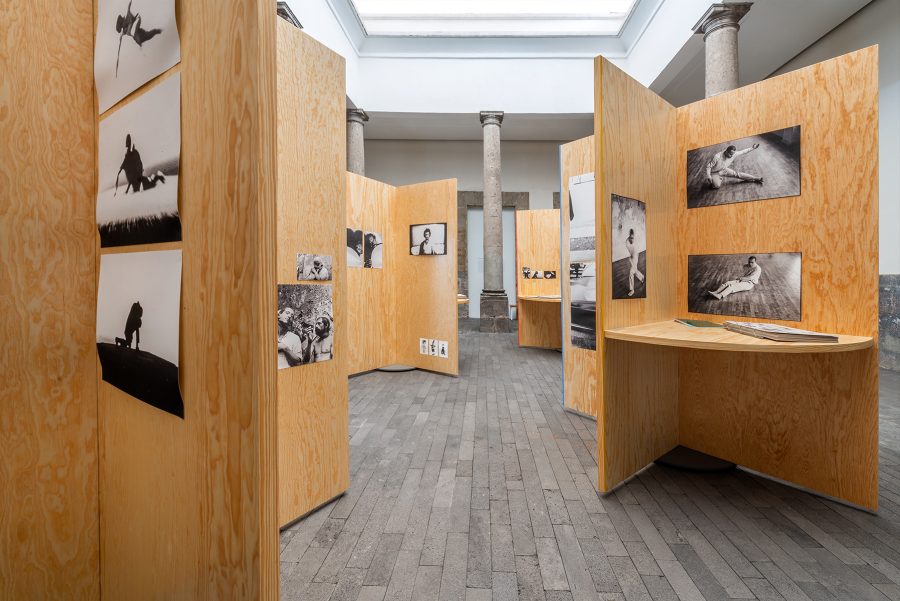 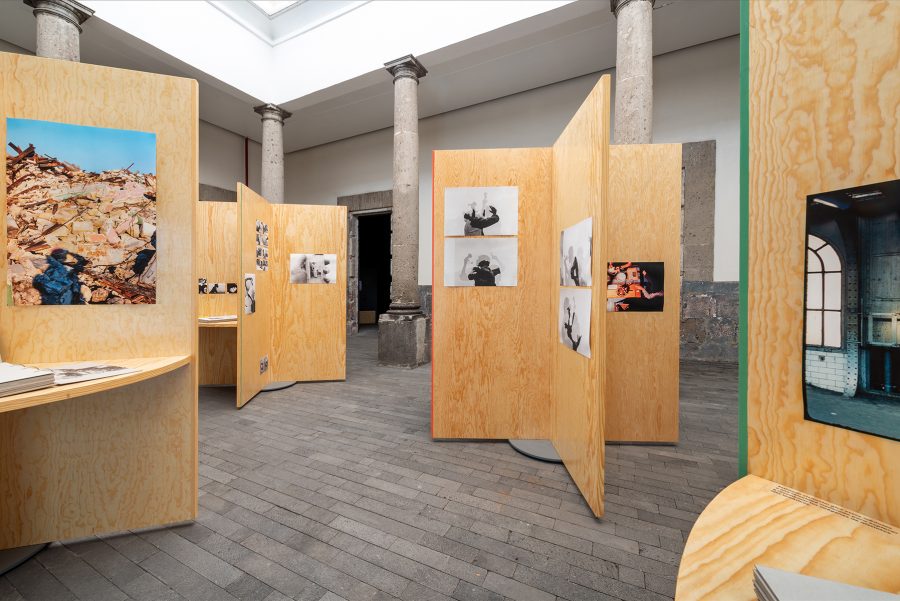 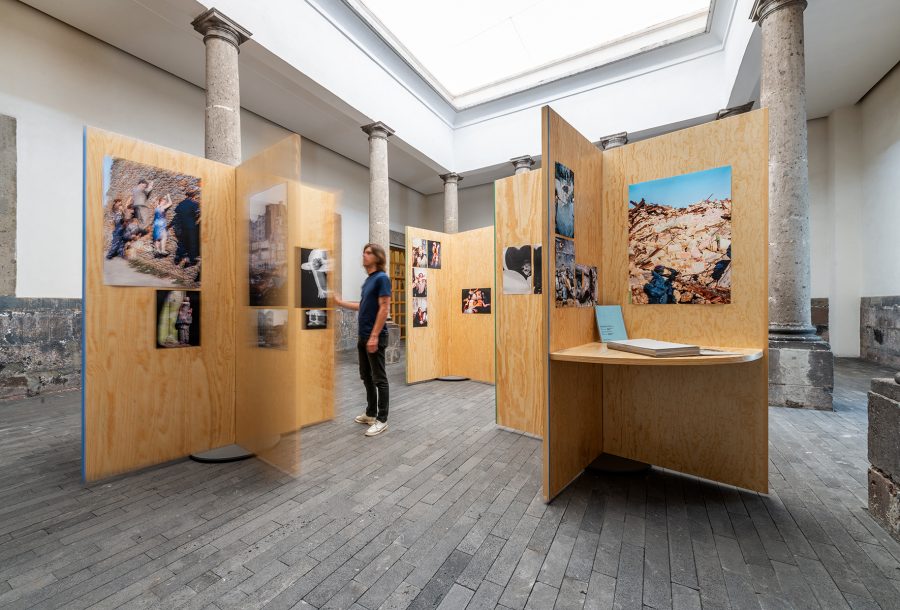 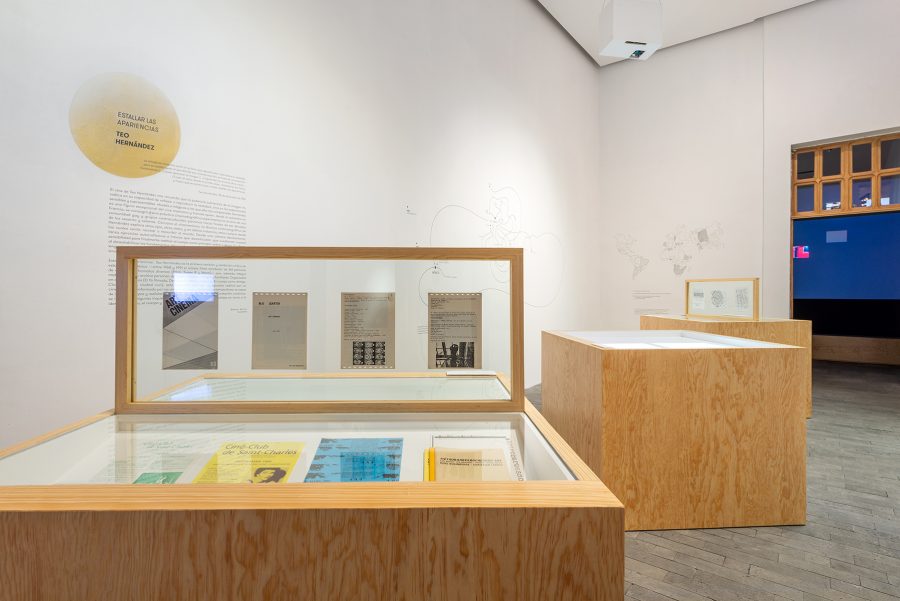 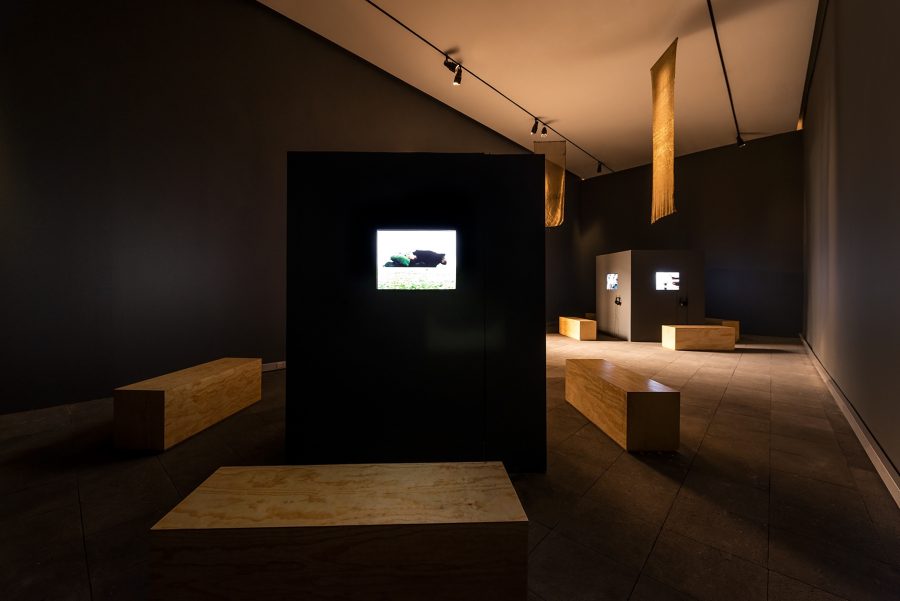