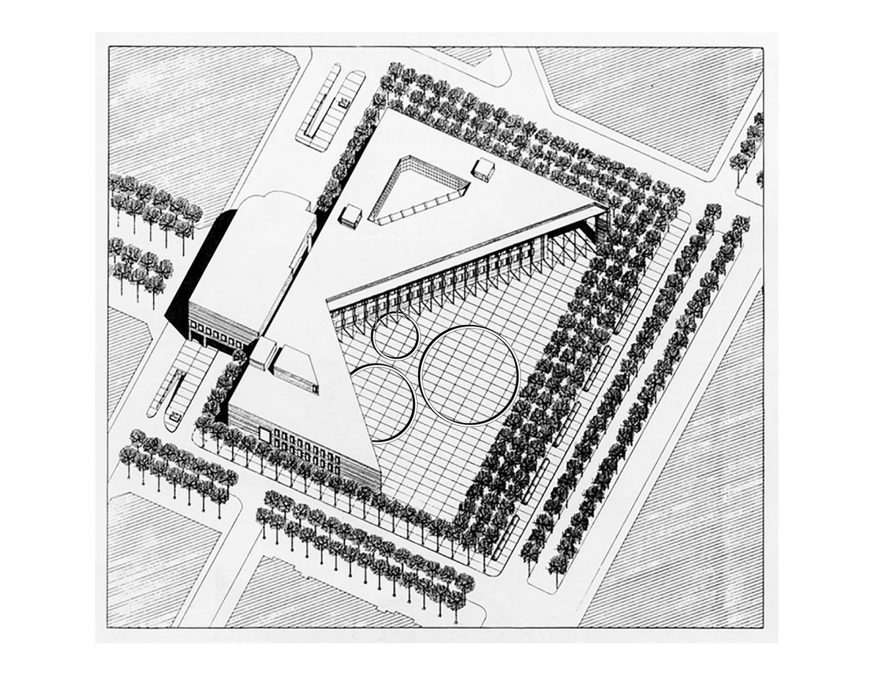 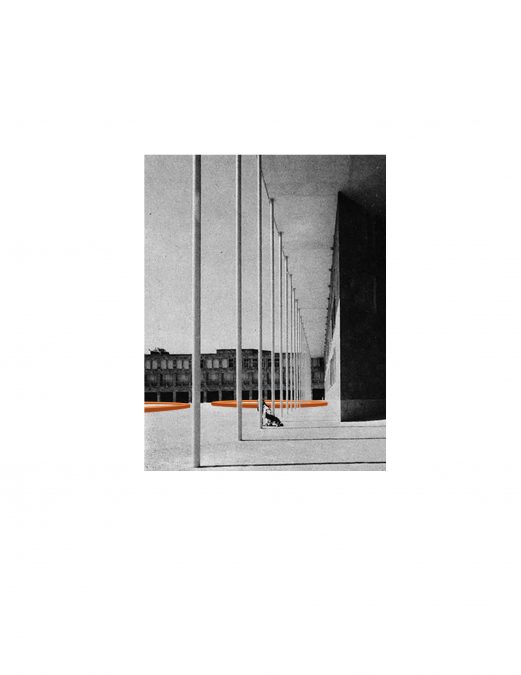 In November 1973, a team headed by the architect Rafael Moneo defined the project that would become the Logroño Town Hall. Weeks later, the then Prime Minister of Spain, Luis Carrero Blanco, was killed in an ETA attack. The car in which he was driving through Madrid was blown up to a height of more than 30 m as a result of the explosive device placed under the street by the terrorist group. This event intensified the already serious political crisis of the fascist dictatorship.

In the midst of the turbulent atmosphere of social upheaval, Moneo proposed a project that exemplifies the “idea of a public, civic building, capable of responding to the questions that the city’s inhabitants ask about collective life as a “public thing”. A building that seems to exist for the purpose of creating a large civic square.

Our intervention in Concentric consists fundamentally in the choice of this square. We want to turn our gaze towards this place of encounter, permeability and democracy in a year that has also been turbulent for all of us. Three circles with diameters of 20, 30 and 40 metres and a height of 44 cm are installed here. The height of a bench to sit on. The circles squeeze the steps under the arcades, creating a flow of people through the centre of the square.

In the middle of this monumental scale, each circumference defines a space closer to the human scale. We built with exposed red brick, a material representative of social interest architecture in Spain. But these bricks have been stacked without using mass, so that at the end of the festival they can be dismantled and reused. Pieces that meet in an instant and then move away from each other, like citizens at a demonstration.

Each day of the installation, an activity will be programmed in a circle. In parallel, other unsuspected activities will take place, by the public and passers-by.

Activating this square in Logroño is a tribute to buildings open to the public. 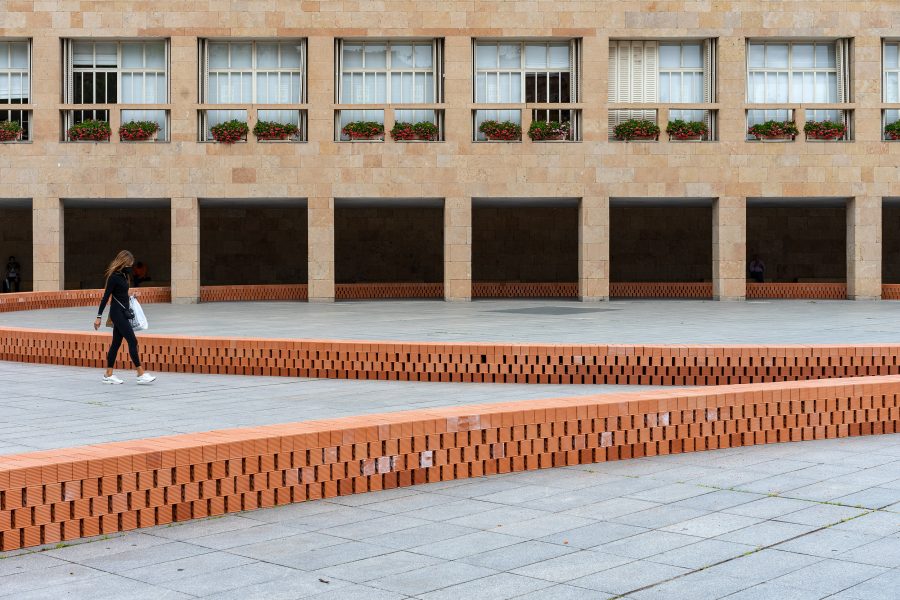 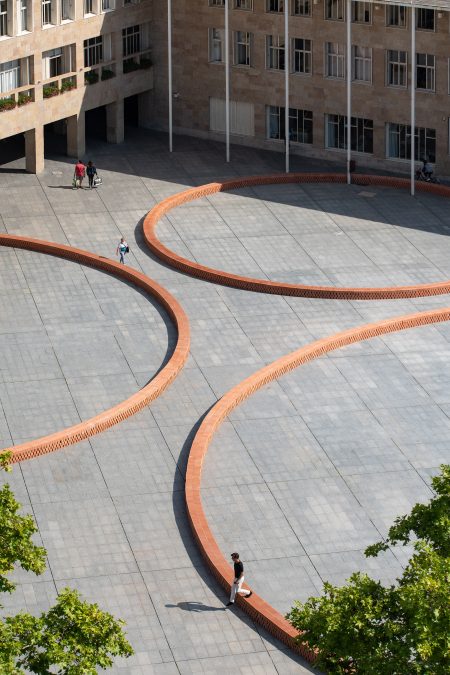 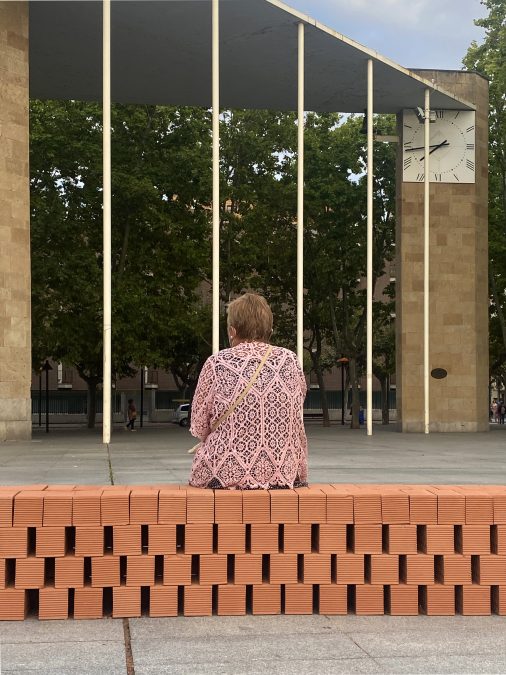 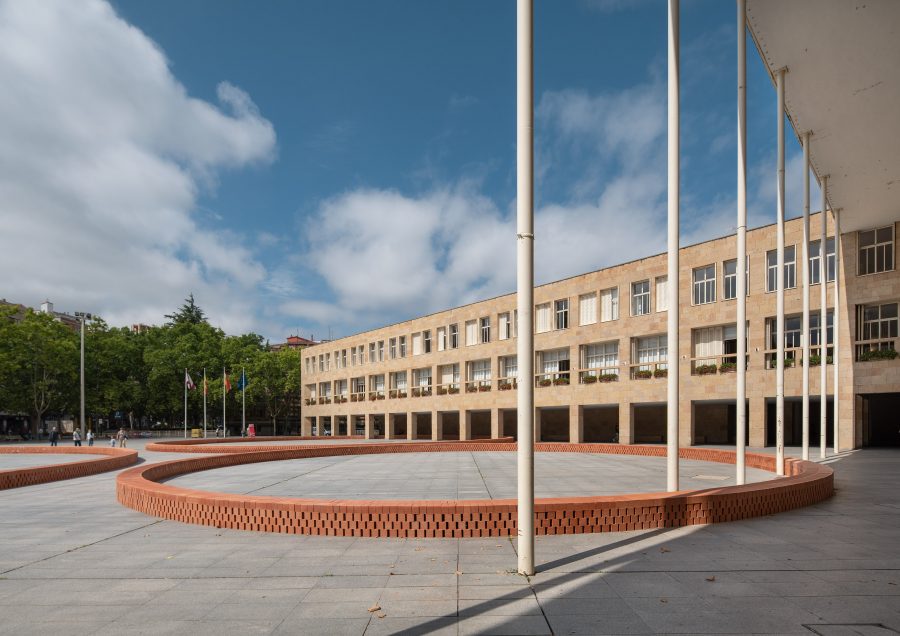 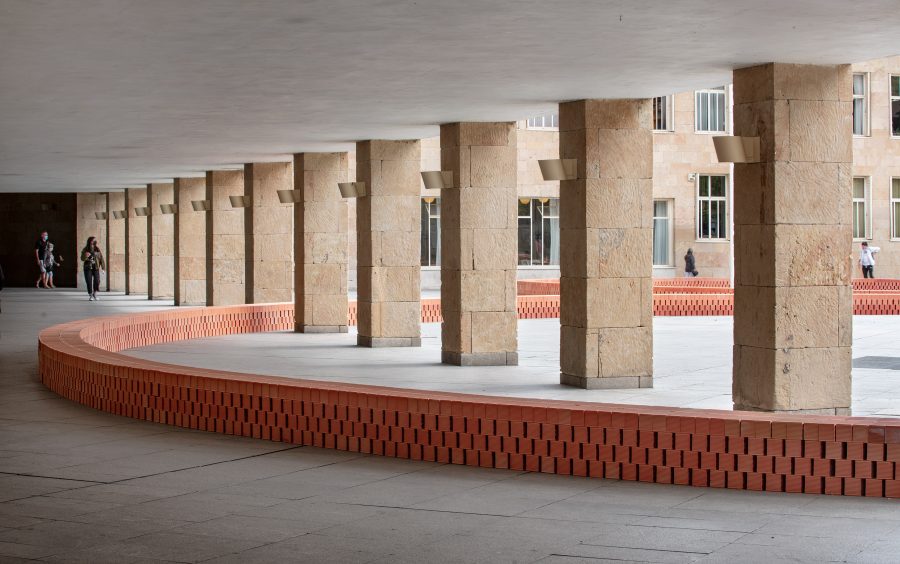 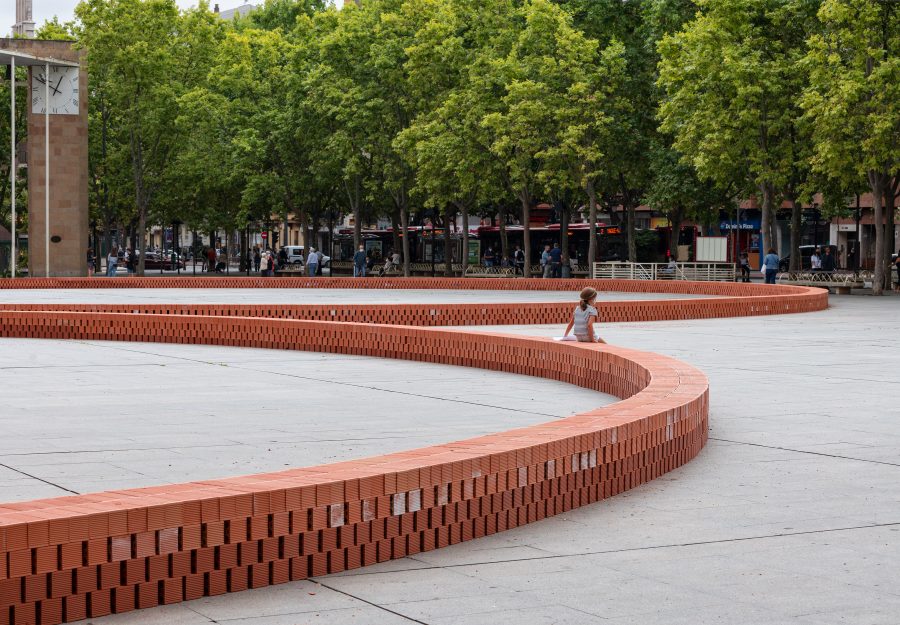