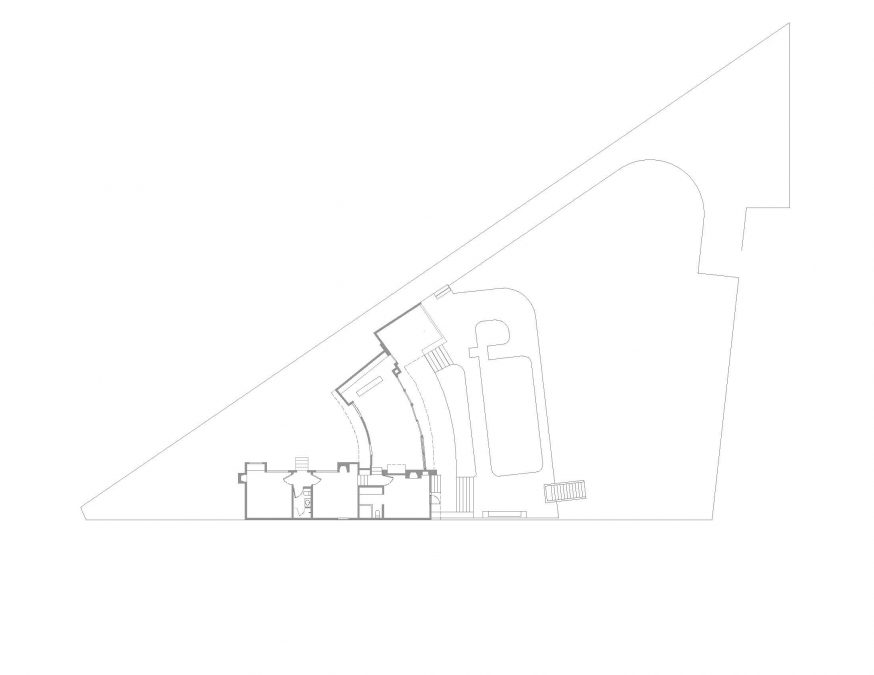 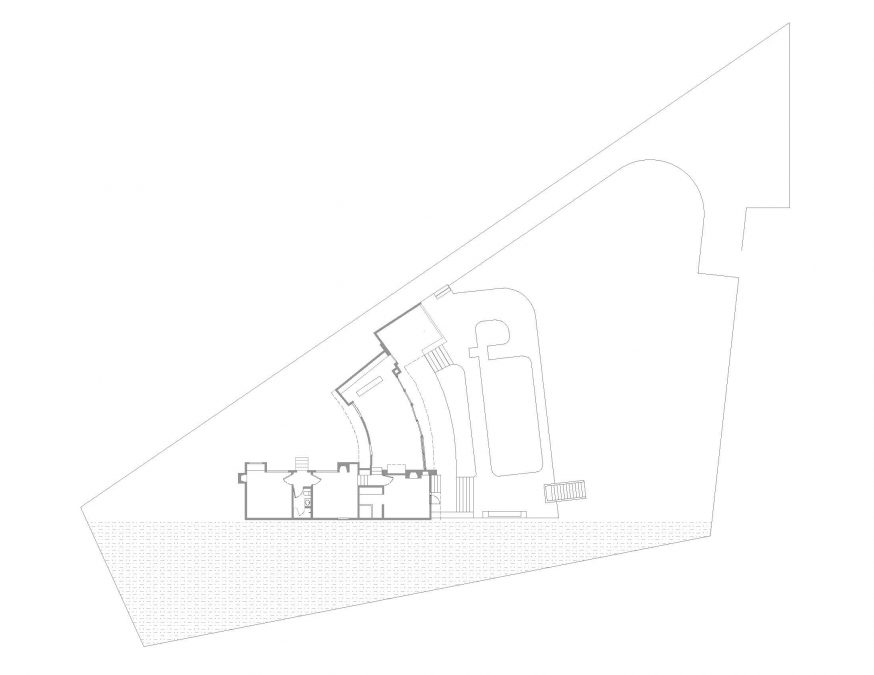 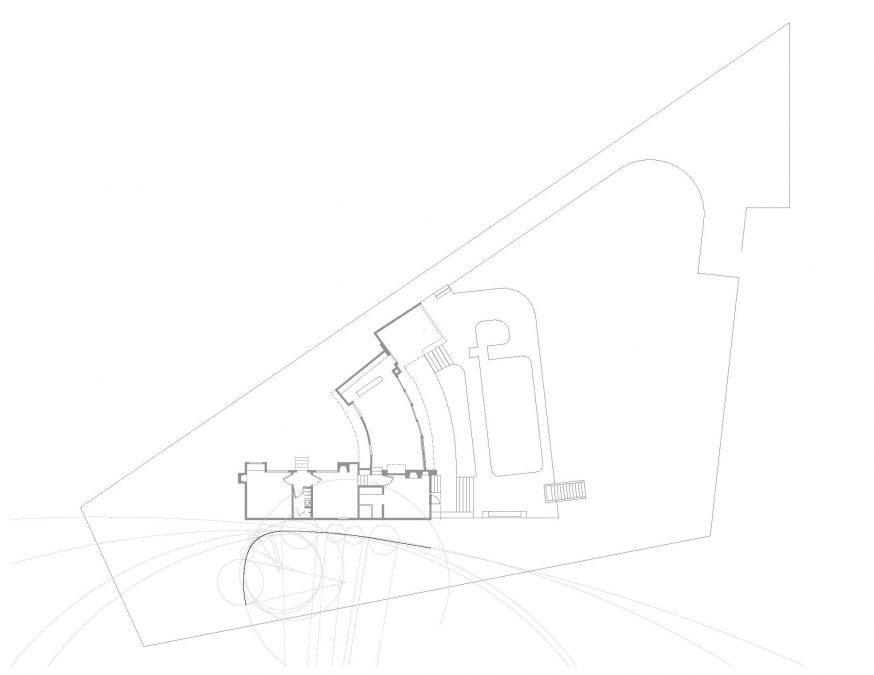 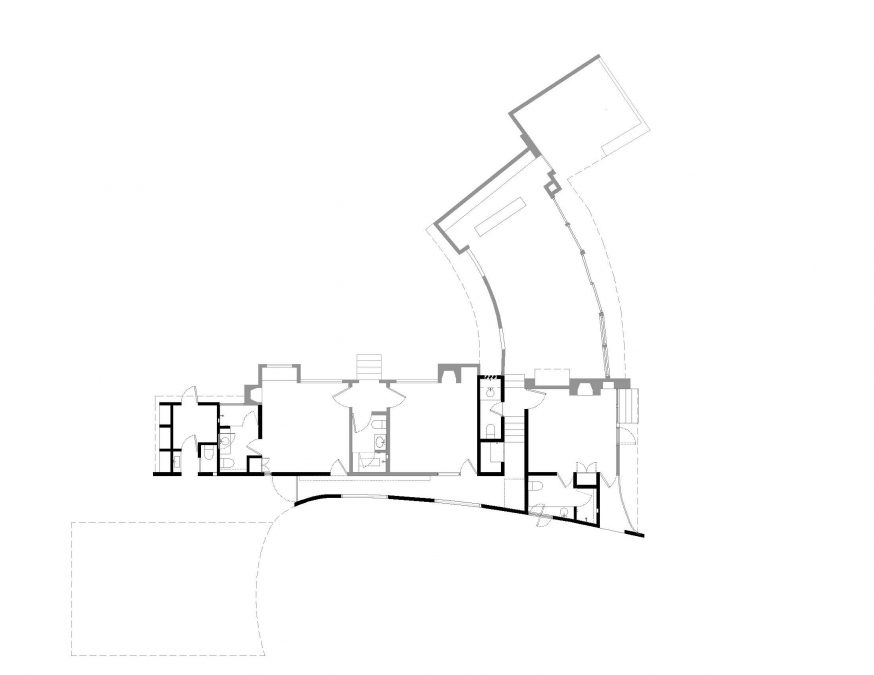 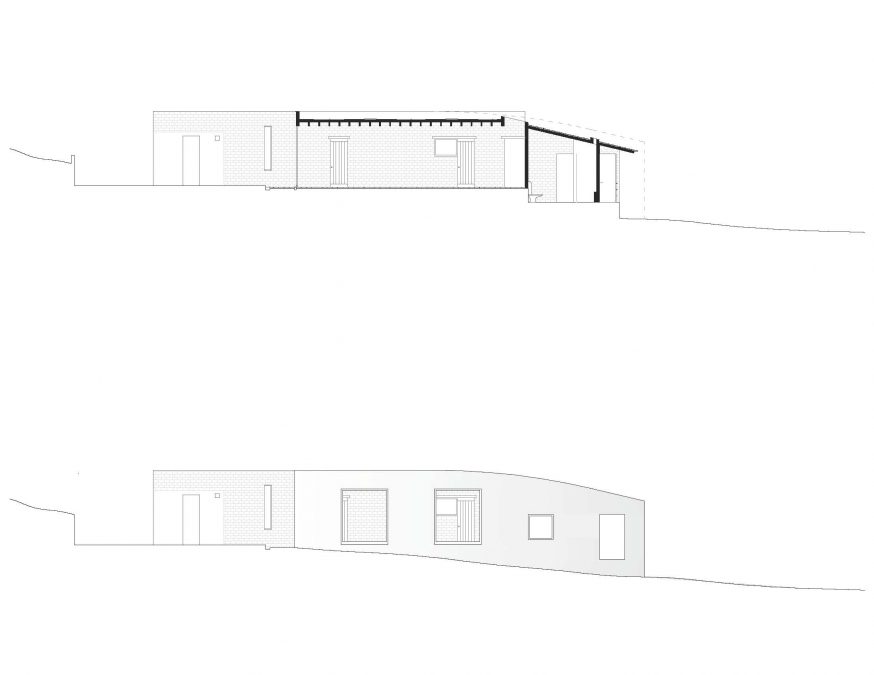 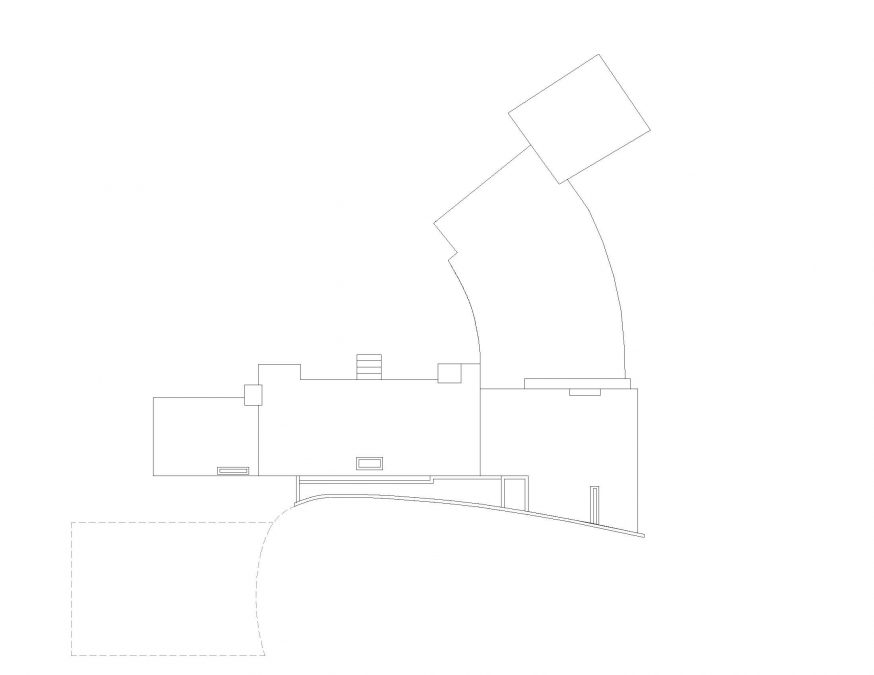 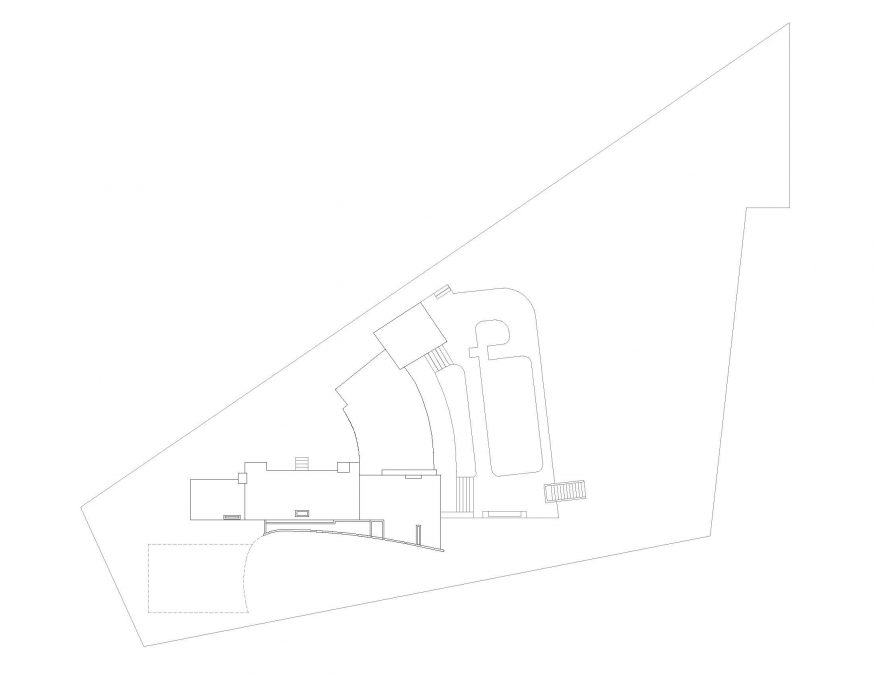 House L project derives from the need to create a new connection for the rooms of an existing house in Valle de Bravo, in a very beautiful natural environment. So far, some romos were accesed thorugh other rooms and why the owners did not feel comfortable to invite friends because they could not offer them privacy.
The initial project also included a new two-story independent volume, which functioned as an apartment with a living room, bedroom, bathroom and kitchenette.

We proposed solving both necesities with a single line. A curve connecting the old house and the new volume forming a new movement, a path that gets compressed and widens up as someone walks across. The intersection of this line with the pre-existence favored a side access to the house and therefore some internal changes in the layout, the main room and bathroom were completely reformulated. Local handcrafted materials were used, trying to review them in a contemporary way.

Finally the new volume was postponed and it was decided to build just the communication. Somehow the project was reduced to roughly a hallway on an inclined site. And we found this even more interesting.

This new space introduced, on the one hand, a new vanishing point, and a new fluxus logic in the old house. On the other hand, walking across this space is an experience in itself, primarily because of the use of the light that gets in through domes that give value to the brick texture. This motivates a moment to contemplate the exterior, the garden, from a semi-interior that because of being on a slope gradually opens to the outside in different ways.

Thus we created a second façade for the house that comes off of the original, with the memory of the first drawned curve to allow many things to happen in between them. 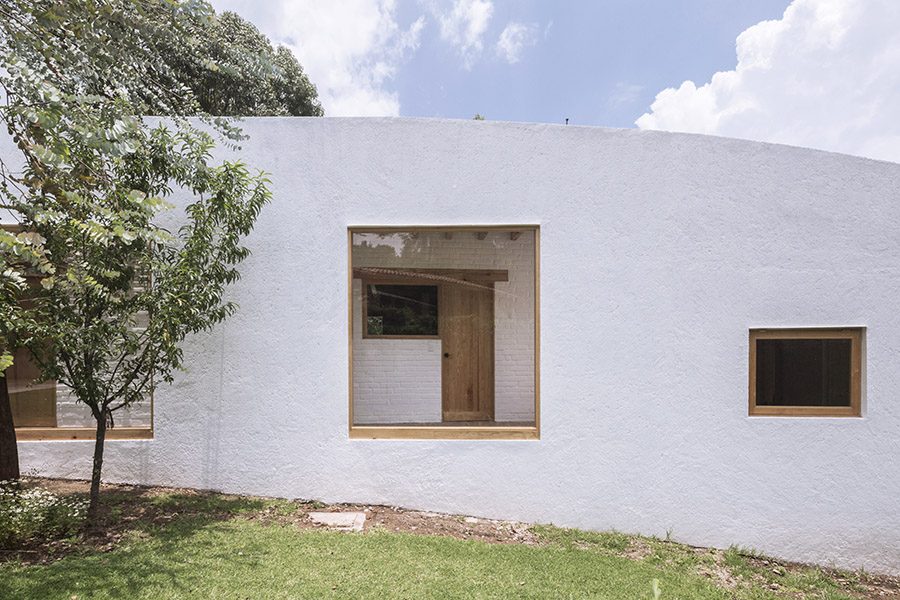 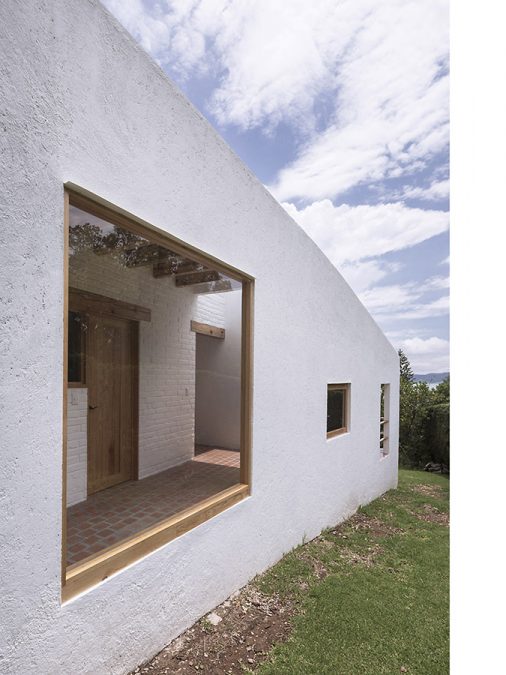 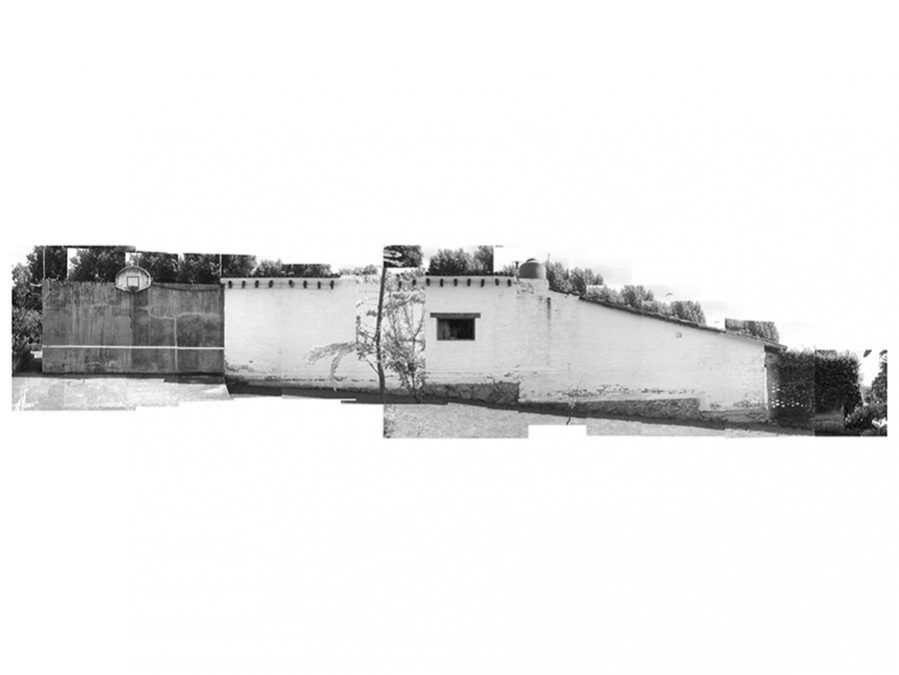 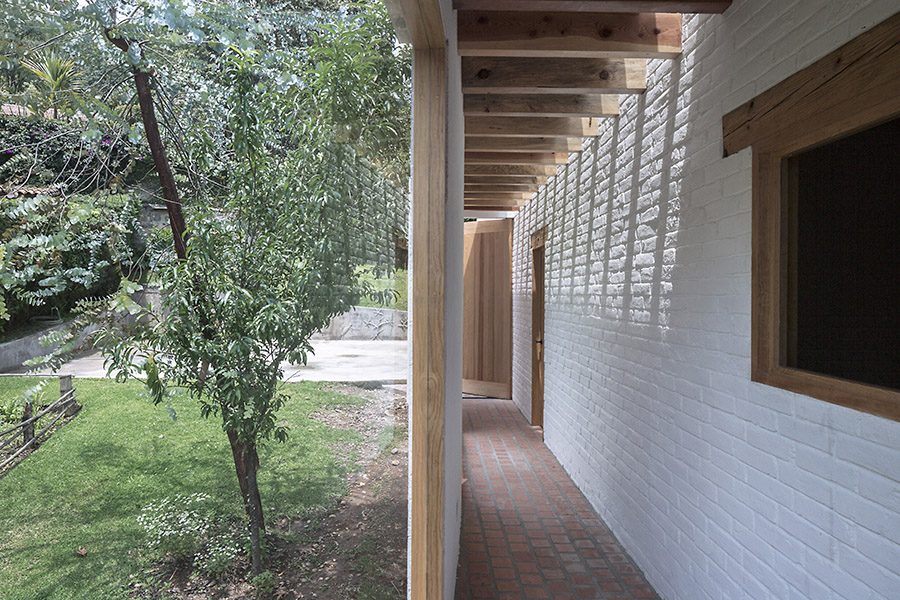 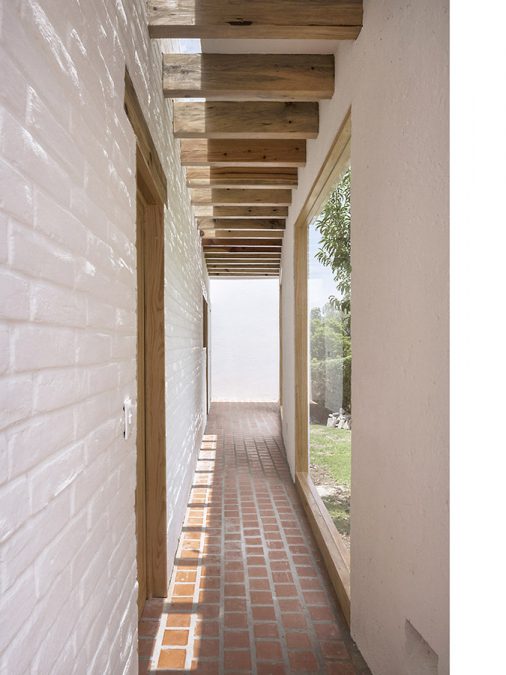 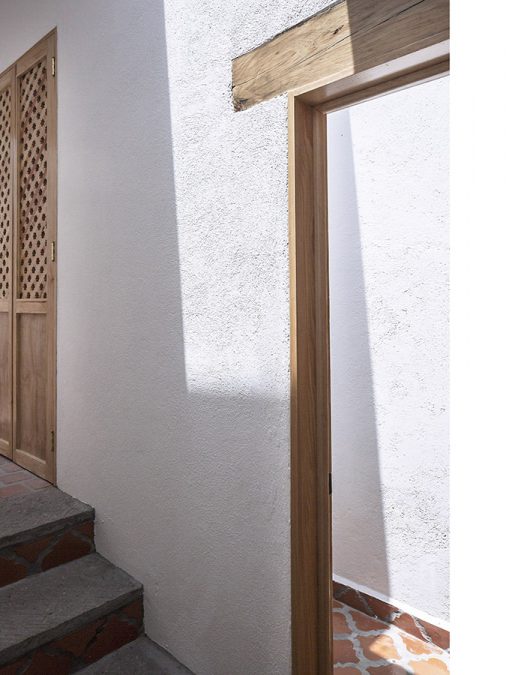 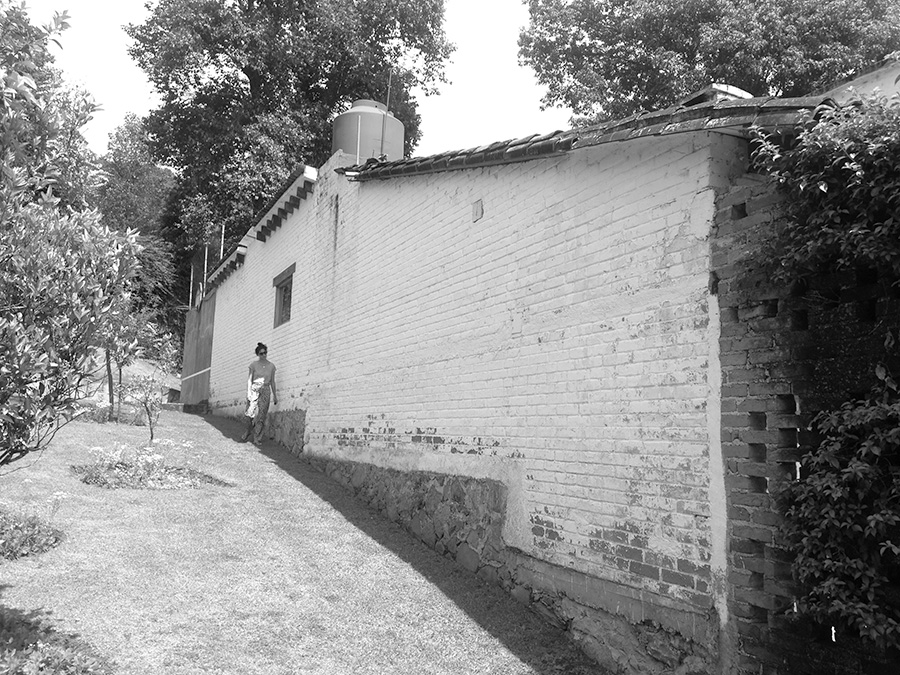 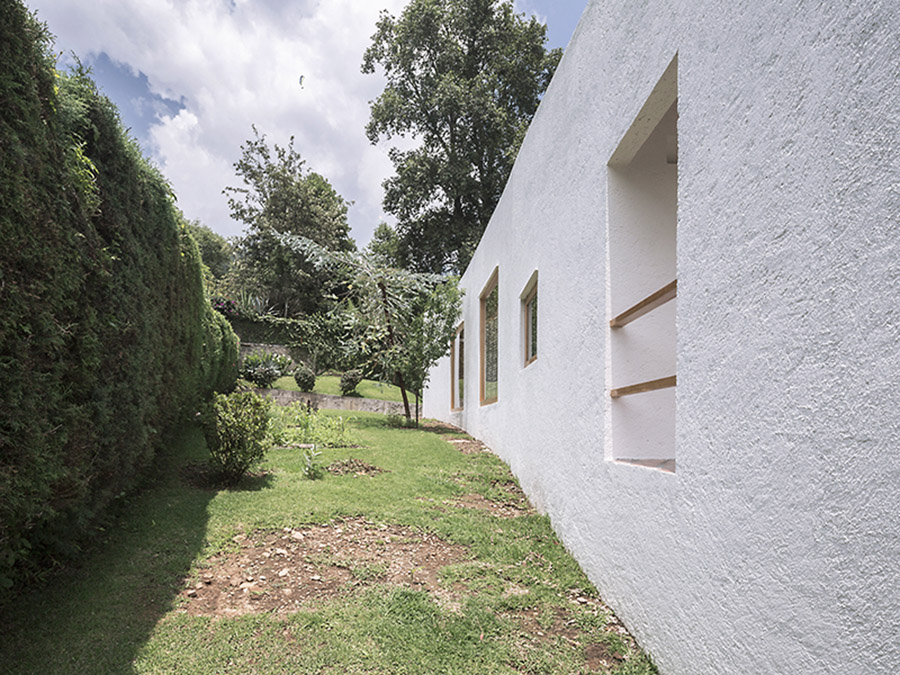 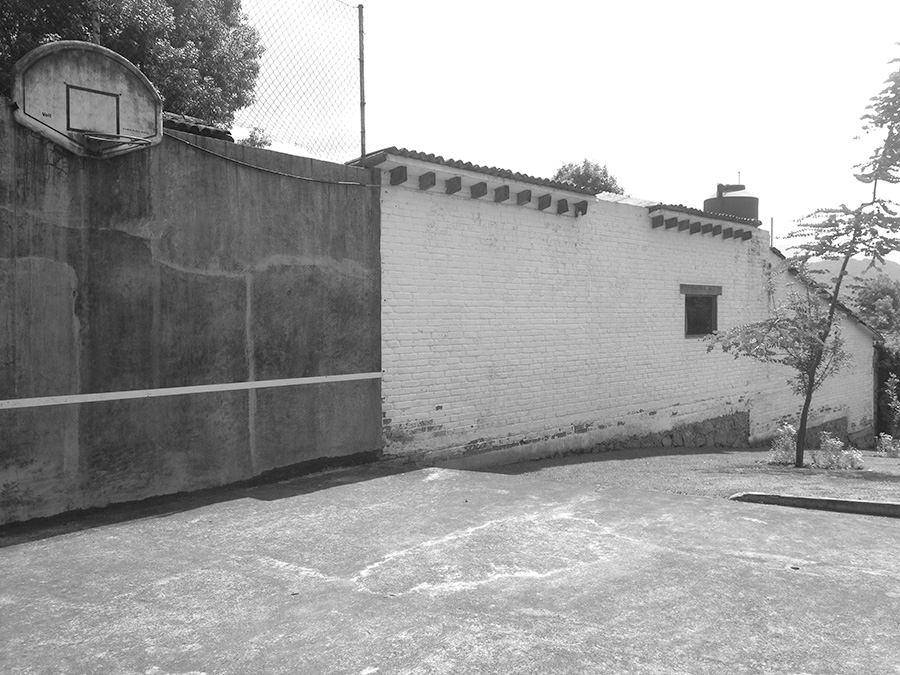 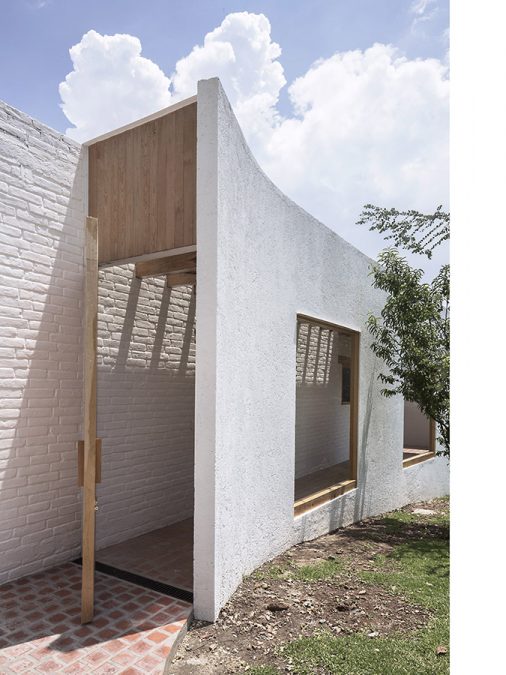 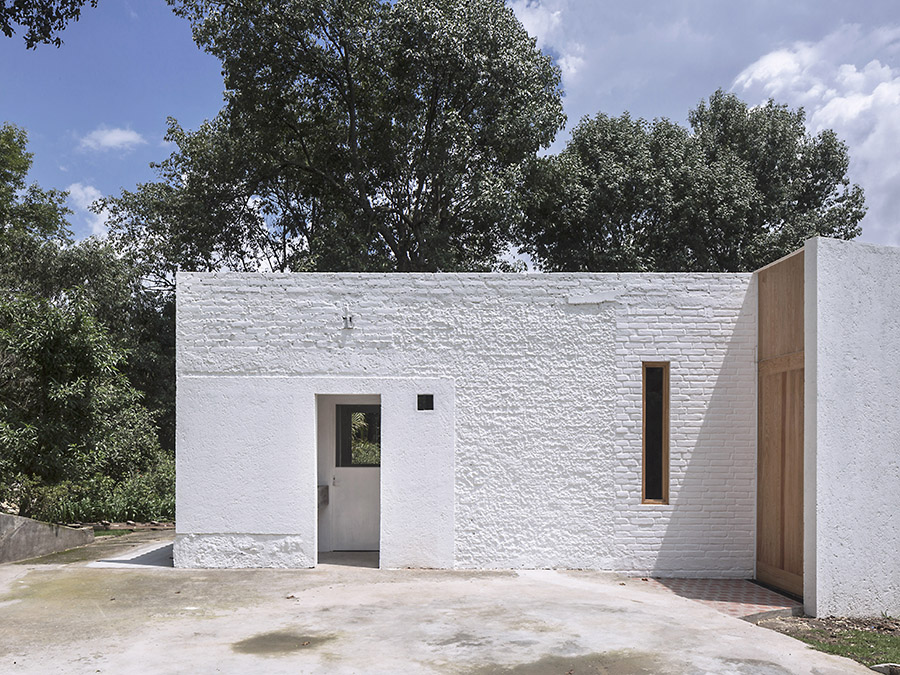 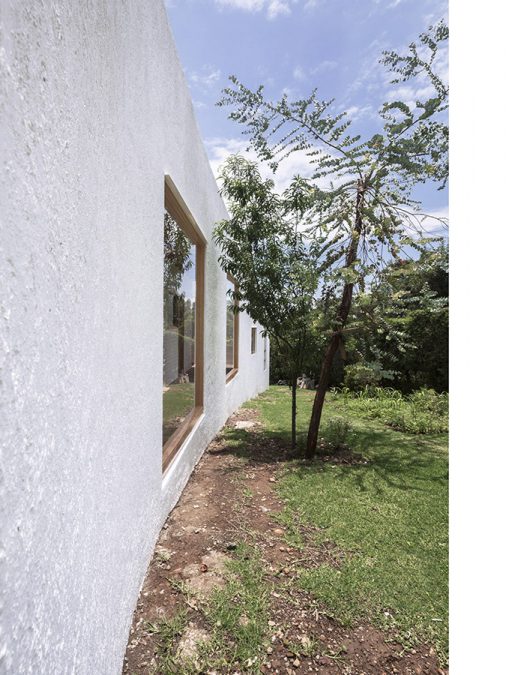 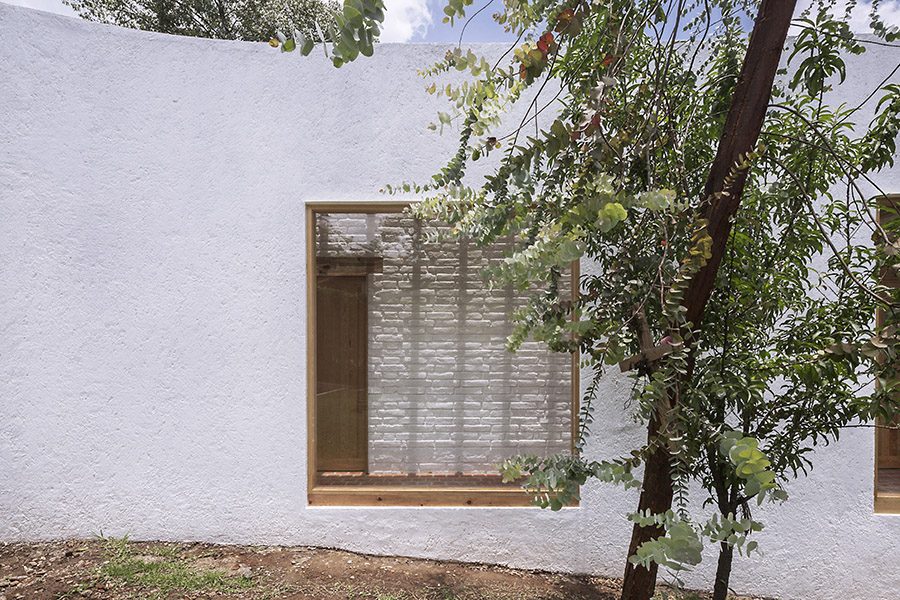 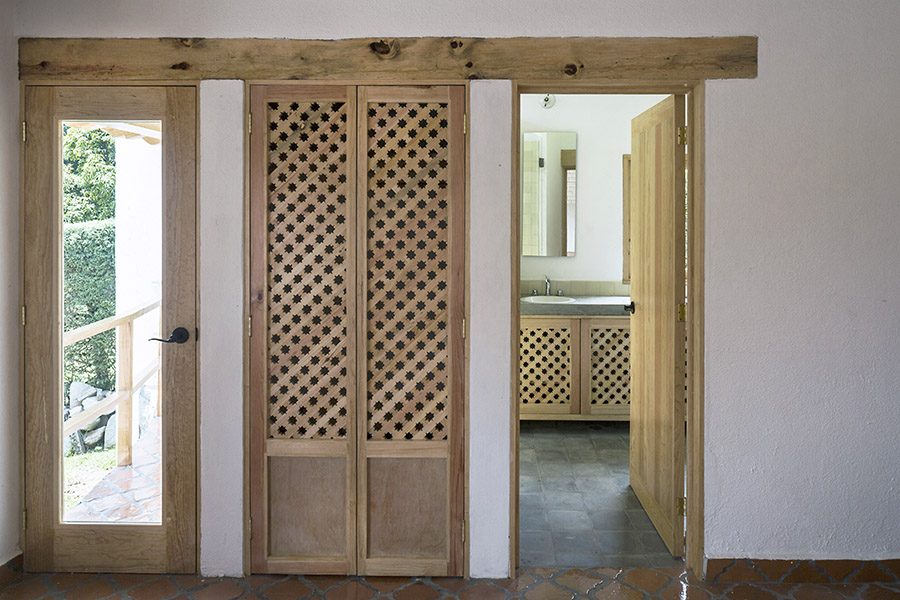 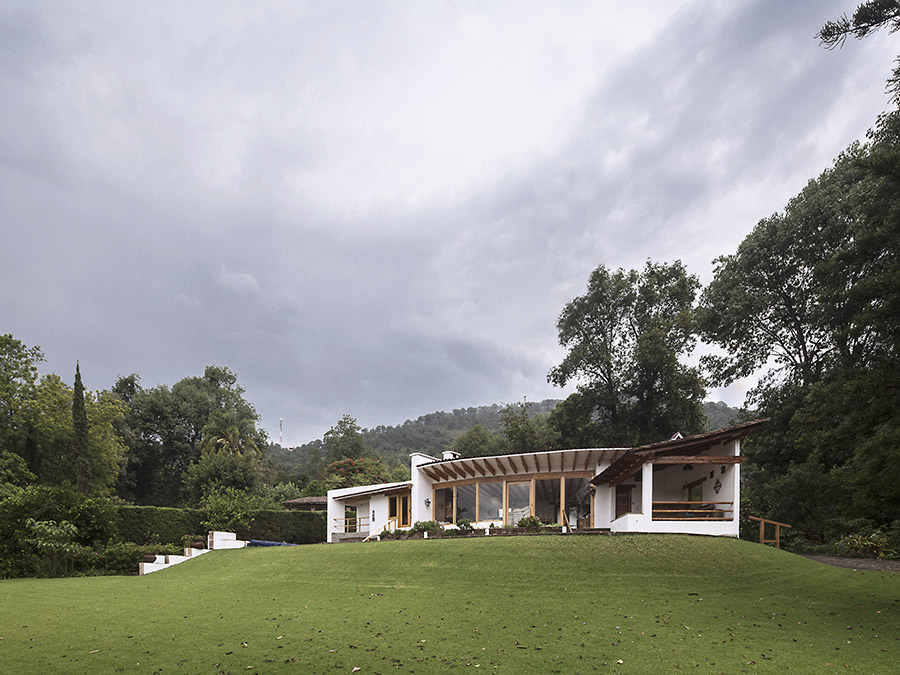