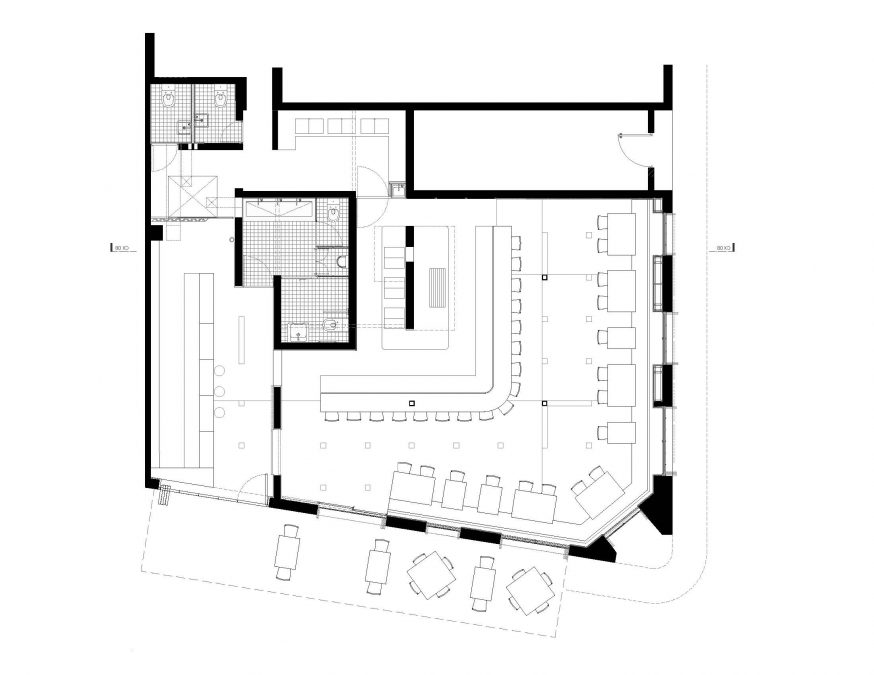 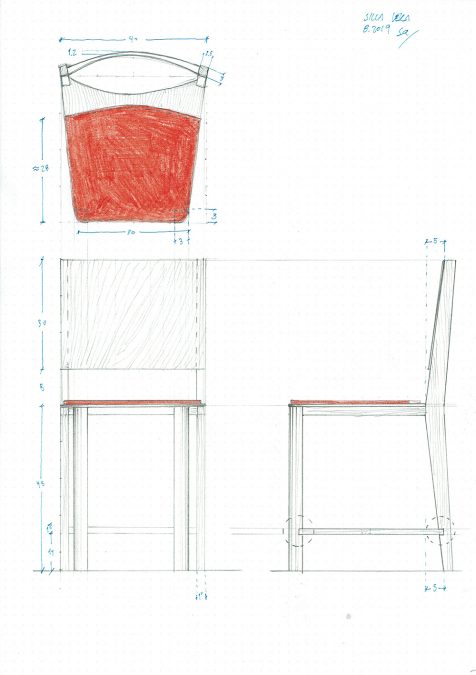 Narcissus
your scent
and the riverbottom

I want to stay on your riverbank
Flower-of-love
narcissus
[…]

This project explores the idea of color as a material.
When we learned about Vera’s gastronomic concept, we began to look for an element, both concrete and symbolic, that could refer to the history of the relationship between Mexico and Spain. We came across the red of the tortillas’ wrapping paper and then the red of the tezontle. Soon the gradation of warm tones of the cochineal appeared and, within this palette, the pink of the andesite of the Coyolxauhqui, the vermilion of the ceramic brick of the arches of the mosque of Córdoba.
This non-material-color acts as the connecting thread of the project. Thus, a special cultural relationship between the two countries is materialized. The use of this color family, with different gradations of intensity and with different textures, refers to both the pre-Hispanic past and many Iberian archetypes. These tones also refer to the muralism of the 20th century, an artistic movement to which so many republican expatriates would adhere as a metaphor for the historical reception to Spanish people in Mexico.
Thus, in the great hall of the restaurant the purple marble that appears on the floor and dresses an L-bar coexist with the washed-out red of the 3cm-thick concrete panels that incorporate either pieces of tezontle or tezontle powder in their prefabrication, and with the burgundy of the upholstery of the large L-bench, which runs through much of the facade to the street. Same colors appear on the bar, on the metal stools and on the mahogany of the wooden elements. The two mentioned Ls organize the space and the flows of both staff and clients. The old premises are stripped bare, the bars that close the windows are removed in order to bring more light inside, and the coverings of beams and columns are removed. The new reddish atmosphere subtly permeates the exterior through new metal shutters that look out onto the white façade. And finally, when entering the bathroom, the river sounds and everything is blue.